The beginning of spring is right around the corner, and the month of March brings us extra evening sunlight, warmer weather, and one of the hottest tournaments of the year. March Madness, the NCAA basketball tournament, is almost upon us. Keeping up with all 67 games can be tough, and planning your brackets may prove to be even more difficult. The stress of a “one and done” tournament is enough to drive you mad, but with the help of this AppList, you’ll be enjoying the games in no time. Time to catch March Madness.

NCAA Sports is the official Turner Sports iPhone app, and a good one to start checking in to get coverage when March Madness begins. Tournament updates and highlights are just some of what this app provides that you may miss due to your daily work schedules. It also features social plugins to trash talk with other fans. The app has recently updated to include a "watch live" button, so during the tournament, be sure to click on it. You'll be directed to the game that you desire to watch via NCAA Sports' NCAA March Madness Live and universal app.

Getting detailed game coverage is important during March Madness, and Yahoo Sports delivers that coverage impeccably. Customize alerts to receive specific updates on scores, plays, red zone, and more. Aside from its play-by-play functionality, the app has sports news, game chat, and the ability to make and view team picks for specific games. You can also keep up with your fantasy teams and preferred players or leagues.

ESPN Tournament Challenge is a great universal app for the Madness of March. ESPN gives insight from renowned basketball analysts in the industry. Video highlights, current scores, and comparing your brackets against those of ESPN celebrities are just some of the highlights within this app. Compete against some of ESPN's celebs, along with friends and co-workers. You also have a shot at winning $20,000 and a trip to the Maui invitational, so start choosing your picks!

This is the ultimate Fantasy app for March Madness. Fill out your brackets, keep your roster organized, monitor your picks, and much more. Yahoo Tourney Pick'em lets you do all of this from within the app, which is universal, so you won't miss out on any action regardless of where you may be.

With Office Pool Picker, you can easily fill out a March Madness bracket. This app makes it simple whether you know a lot about basketball or not. Some novices pick their winners based on the name of a team, or even how its mascot looks. All you need to do is respond to some pop culture questions, and this app will generate a bracket for you based upon your responses. This app is a lot of fun. You never know, it may even help you win. (Yes, this app is from 2014, but it will still help a great deal with bracket confusion!)

Since CBS is one of the networks that air March Madness games, it wouldn't be right not to mention CBS Sports for iPad. Receive game updates no matter where you are, listen to live streaming radio, watch live games for free, and keep up to date on all of the latest. This app is universal. 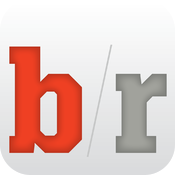 As the Madness is going on, keep up with your favorite team news from all across the web right as it breaks with Team Stream. Stuck at work and can't catch that incredibly important game? No problem. This free app by Bleacher Report will make it a little more fun by giving you the ability to goad your friends over Facebook, Twitter, text, or email. There's also the widget option, so you can add Team Stream to your Notification center. You will always be in the know, and the app's push notifications are a plus.

Another alternative to the other apps listed here while keeping up with March Madness is theScore. This universal app has it all, including real time coverage of your favorite sports teams, breaking news, Today widget ability, push and player alerts, a "feed" section where you can customize news to your liking, and lots more.

Need the spotlight on yourself for a few minutes during the commercials? Slam Dunk Basketball 2 is an awesome universal game that lets you show off your own basketball moves. Play March Madness style in one on one or eight player tournaments. Challenge others during the real game breaks, but be quick...the tournament is almost back on!

Last but not least, we present you with Endless Excuses Free. Every year, many people seem to "get sick" when March Madness is going on, causing them to miss work. We at AppAdvice are not saying that it's okay to make excuses for work, but if you want to make sure you don't miss a game, this app just might help you out. March Madness 2015 is almost upon us, and we hope that this AppList helps you prepare.