Let your iDevice get the party started.

Having people over is always great, but sometimes all of the guests don't know each other. There are times where there's a lull in the conversation. Games are a fantastic way to break the ice. Your iDevice can facilitate not only fun, but also good memories and laughter.

Charades has been around for decades, but this app puts a spin on the idea of a group guessing one person's acting. A group acts out the clue as a whole and a single person on the opposing team takes a guess. The fun with Reverse Charades is that you get clues that are more complex and require teamwork. From 'Honeymoon' to 'Parade,' Reverse Charades will break the ice in no time.

The game Taboo was big in the 90's and Just Say It brings this party game into the 21st century. Teams are set up and a person monitors the clue being given by the 'Clue Giver'. The app features a built in timer, scorekeeping, and buttons to pass to another card or enter a foul if a forbidden word was used. The setup is quick and you can be playing in a matter of minutes. 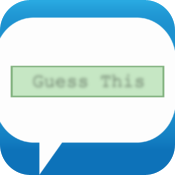 Phrase Party puts a twist on the Taboo-style game. Phrase Party adds rules where you cannot use rhyming words, gestures, words within the clue, or even 'starts with' clues. The app even has online integration in case your party is virtual! Phrase Party is a simple app that will get a great game going in just a couple of minutes.

Drawing games also date back decades, especially with the explosion of Pictionary in the 90's. Party Doodles gives you a virtual chalkboard to draw with multiple colors and thicknesses of chalk for your team. Cards let you pick the difficulty and genre of what you'll draw, but not the actual item until you get the card. You can pass for another card but you'll have to draw that one as part of the rules. Like other party game apps, most of your guests should be familiar with the rules and let you get going with the fun right away!

Would You Choose ... Online - A Rather Fun Party Game

A rather interesting, yet still fun game to play with everyone around is Would You Choose Online. This game isn't quite competitive, but really an ice-breaker. This game is very similar to the Would You Rather games. Choose which category of questions you'd like to generate from gross to thoughtful. Can't agree on the category? Hit random and keep everyone happy. A question will pop up with two choices. There is no right or wrong answer, but you do get to see the percentage of answers people are choosing online. 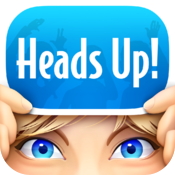 Heads Up! is another party favorite that celebrity Ellen DeGeneres has featured on her show a few times. The game comes with 7 decks, each containing its own theme or set of rules. The point is to get your partner to guess what is on the card without saying the name or rhyming. The included decks pack hours of fun, but there are also additional packs available as in-app purchases. 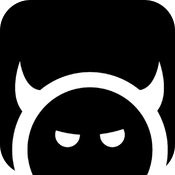 If you're a fan of the popular adult card game, Cards Against Humanity, then you'll enjoy Evil Apples. Be warned: this game is not suitable around the children. Get together with three friends or more friends and have fun filling in the blanks with bizarre answers from the cards in your hands.