Fool A Friend With These Apps

April Fools' Day is an annual celebration of fools and the people that make them. Practical jokes are the gift of choice, as the gift giver delights in the embarrassment and bewilderment of the recipient. Listed here are some prank apps that may prove useful in your enjoyment of this playful day. They are also great for general mischief, even without a specific occasion to celebrate it. Please note that some of the apps here have the potential to annoy, distress, and cost jobs and friendships. There may also be severe health and mental consequences if you choose the wrong victim. Please exercise great caution and greater common sense when exploring these apps.

This app, from Howcast, features clear step-by-step video instruction on how to pull off some of the funniest and most ingenious pranks I've seen. For example, I would have never thought to autocorrect the word "the" on a friend's computer with the words "I will kill you," to make it look like the computer is possessed. From a pure design standpoint, the app is laid out in an organized and straight-forward manner, which provides an interesting educational backdrop to the devious content within. Again, please use common sense and common decency before trying any of these pranks. They list some office pranks that would probably get me fired if I actually did them. There are also jokes that can easily cross the line from playful to malicious if held too long, such as "How to convince someone they're going crazy." 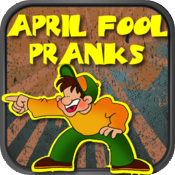 For more pranks, check out this app. The ideas are less elaborate than the pranks from Howcast, and are more likely to be the kind of pranks one would normally see on April Fools' Day. They are not as severe, don't require a heavy amount of preparation, and will probably not risk the same negative social consequences if performed successfully. The app's design cannot compare to the level of detail and production value given to Howcast's app, but it does feature more content, in terms of quantity of pranks. Plus, it's free. 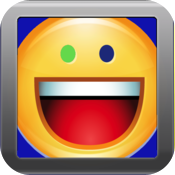 Another way to expand your prank repertoire is to see actual pranks in action. This app hosts a large video collection of hidden camera pranks. They may provide inspiration for your own tricks. Even if you have no intention of pulling any pranks yourself, however, this app gives you the vicarious delight of watching unsuspecting people get duped. It's an entertaining diversion.

Aside from using your iDevice as a prank viewing tool, it can also be the one and only tool needed to fool your friends. This app allows your device to emit a high frequency sound that you can toggle on and off. There are also customizable time intervals, as well as a web surfing mode, which helps conceal your identity. Drive people crazy as they frantically search for the source of the sound. You can also purchase additional sounds through in-app purchase.

A Scary Prank Too

There are a number of apps which are designed to startle and scare. The typical idea is that a person stares at a screen under the pretense of game or optical illusion, as a calm soundtrack plays in the background. Then, without warning, a gruesome image and loud disturbing noise emerges to frighten the user. I'll confess that I am not a fan of these types of apps. They are potentially scarring to children, can cause hearing problems and are dangerous to those with heart conditions. Furthermore, I can imagine my potential victim dropping and breaking my iDevice when the shock comes. However, since this type of app is so prevalent, I am obliged to mention at least one example. I chose this one because it's free and is a fairly typical representation of the category.

Instead of scaring someone with a loud sound and frightful image, this app suggests the terrifying idea of destroying someone's iDevice. The app is designed to feel like a real game, as you swat waves of flying bees. When you arrive at the Queen Bee, you're instructed to hit her fast and hit her hard. The game suddenly goes haywire and it's made to look like you shattered the screen. This may not fool everyone, but I personally prefer this type of deception over the startle and scare route, partly because it's more likely to ensure the actual safety of my device; a person who thinks they broke my iPad or iPhone playing the game is less likely to chuck it across the room when startled.

A prank may also be used in a context of amusement and mirth. Prank Mirror simulates those carnival funhouse mirrors, which distort your likeness into funny shapes and patterns. Just have your friends look into your iPad and they'll find a warped version of themselves staring right back. The app is worth a laugh, which may be better than a scare. Of course, there are those who will still be scared by seeing such a strange view of themselves. You may freely laugh at them.

Another classic prank is the prank phone call. Prank Me is an audio soundboard app with different characters, ranging from stock characters, like an attorney or banker, to celebrities, such as Judge Judy or Regis Philbin. With prerecorded character scripts, you are able to vocalize different responses at the push of a button. This app has a serious deficiency in that you are not able to directly make prank calls from your device. You must make the call from another phone and then hold the Prank Me app up to the receiver. Still, the different characters have personality and the resourceful prank caller should be able to find enjoyment in this app. 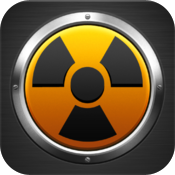 Every prank list needs the requisite fart app. Atomic Fart has some sophisticated fart features, such as timed farts, a fart drum set, a fart memory game and best of all, a remote fart detonator, in which you can connect two iDevices and remotely set off farts. It's a great way to embarrass your friends. This free version has ads, which can be removed through in-app purchase.

After you've caused your mischief, you may need an escape plan to avoid suspicion. That's where this app comes in. You can schedule a fake call to yourself and set it on timer, so you have the perfect excuse to leave when you need to. Alternatively, you can adjust the name, photo, and background of a fake caller to make it look like a celebrity is calling you. I experienced a few crash issues when trying to change the ring tone, but for the most part, the app does its job. Get in, get out, and call it a successful April Fools' Day.