Movie and televison buffs, have you Scene It?

Scene It? Apps For iOS

The Scene It? series has been a hit board game/DVD combo for many years. The iPhone, iPod touch, and iPad are great platforms for the Scene It? games. These games all feature multiplayer support as well as single player modes that make these great games to have on the iOS platform. Plus, it is far more economical to collect the Scene It? series on the iDevice you already own than to buy each of the board/DVD games. Here are the Scene It? apps that are currently available on your iOS device. 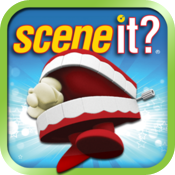 Comedy fans will want to pick up this version of Scene It?. The app features over 100 different clips from all kinds of popular comedies. Just like the other apps it features both multiplayer and single player modes. This is a great game for those that are looking for a laugh. The app is available as a separate HD download for iPad users. 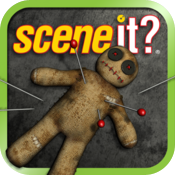 The horror game features around 75 different horror films. All of the big classic films are here, as well as some of the newer movies. If you are a horror fan, this is a great game to pick up. You also get a bonus sound board called Scream Machine to freak out your friends. The app is available in an HD version as well for iPad users. 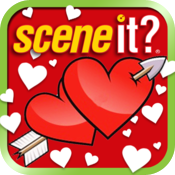 Do you love the boy meets girl, happily ever after films? If so, you must check out Scene It? Romance. With film clips, trivia, and quizzes from love stories over the decades, you’ll play for hours. There is also an HD version for iPad lovers.

With seven books and eight films, Harry Potter is a bona fide cultural phenomenon. This game now features scenes from all eight Harry Potter films. For true Harry Potter fans, this is a can't-miss app. The app is also available in an HD version for the iPad.

30 Rock is a very popular TV show that can now be enjoyed through the Scene It? app. The game features over fifty images, audio, and video clips from the TV series. If you are a 30 Rock fan, then this is a game you will want to check out. The app is also available in an HD version for the iPad.

Yup, those cool vampires and hot werewolves are at it again. Except this time, you can immerse yourself into the Twilight world. If you can’t get enough of the supernatural phenomenon known as Twilight, you’ll just have to get your fangs into this one. Sorry iPad fans, this one is only available for the iPhone and iPod touch.

Scene It? Movies, the original Scene It? app, has been replaced with this follow up. Pulling from the last three decades of film, this is the app for movie trivia buffs. Gamecenter support has been added so you can play with friends around the world. If you want a general movie game as opposed to the genres and themes listed above, this is the app to get. A separate iPad version is also available.

This one is a bit different from the others, because it is constantly changing. Keep on top of current pop culture with Scene It? Daily. With four different categories, Music, TV, Movies, and Celebrities, this is a great all-around app. Game Center is integrated for competition around the world. And with its free price tag, it's a fabulous introduction to the Scene It? series.