You are using an outdated browser. Please upgrade your browser to improve your experience.
by Bryan M. Wolfe
August 28, 2011
Steve Jobs resigned as Apple’s CEO this week and AppAdvice had this news and much more covered in the week that was. Jobs Exits & Cook Takes Over Steve Jobs Resigns As CEO Of Apple - Replaced By Tim Cook In what is without a doubt one of the saddest news of the history of tech, Apple's founder Steven P. Jobs resigned from his position as Apple's CEO in a letter this Wednesday. Thankfully, the world as we know it might not collapse quite yet as Steve Jobs will be remaining at Apple for now, Apple already decided, as its new Chairman of the Board. The CEO position will be taken over by former COO Tim Cook effective immediately. Apple's New CEO: What Tim Cook's Elevation Means There’s a scene in the final episode of The West Wing where White House assistant, Debbie Fiderer, (played by Lily Tomlin) watches as President Barlet’s picture is removed and replaced by that of President Santos. The moment, which happens with such grace and permanence, signified the absolute end of one administration and the beginning of another. Yesterday, Apple’s long-time CEO Steve Jobs resigned and was replaced soon after by the former Chief Operating Officer Tim Cook. However, while Jobs resignation is significant, it won’t be felt with as much significance as the example mentioned above. Industry News Sprint Insiders Hint At October iPhone Release, Renewed Carrier Interest Another day, another purported iPhone 4S/5 launch window. Or two. This time, The Wall Street Journal is claiming reliably-sourced information (don't they all?) that Sprint Nextel will begin selling the fifth-generation iPhone in mid-October. Further hinting that Sprint's new prize is to coincide with the Apple device's general public availability, we're told that

[t]op U.S. carrier Verizon Wireless and No. 2 AT&T Inc. will begin selling the phone in mid-October as well...

Confirmed: Apple Has Removed TV Rentals, And They're Not Coming Back Apple has completely removed the ability to rent TV shows through iTunes. For the past year, it has been possible to rent television shows for a small fee through iTunes. The feature worked just like movie rentals - though while movie rentals are still available for iTunes users, TV rentals are not. An Apple spokesperson confirmed the change recently with All Things Digital. According to the website:

“iTunes customers have shown they overwhelmingly prefer buying TV shows,” Apple spokesman Tom Neumayr said. “iTunes in the Cloud lets customers download and watch their past TV purchases from their iOS devices, Apple TV, Mac or PC allowing them to enjoy their programming whenever and however they choose.”

Did The Images Of An iPhone 5 Back Cover Just Hit The Web? You may be growing tired of iPhone 5 leaks and rumors, but the latest images to hit the Web (via MacPost) are quite interesting - and could indeed be legitimate images of the fifth generation iPhone's back cover. The cover is labeled "EVT" ("Engineering Verification Test"), and also features the model number "N94" - this is referenced in the SDK, too, as far back as iOS 4.3. Earlier today, we told you about the casing images of a purported "iPhone 4S" smart phone, which Apple is expected to release alongside the fifth generation handset. This iPhone is supposed to look similar to the current iPhone 4, while other publications have noted that Apple's fifth generation iPhone isn't going to look much different from its predecessor, either. Apple To Begin Production Of iPad 3 In October It may still be months away from public release, but a new report suggests the iPad 3 will begin production in October. This news comes from CENS.com, which also reports Samsung's days as an iPad display supplier are numbered. According to the report, Apple has finalized deals with current iPad 2 suppliers for work on the next tablet, which will likely be released in the first quarter of 2012. This means that LG Display will continue to supply display panels, while Hon Hai Precision Industry Co., Ltd. will keep handling the assembly. Verizon Begins Offering $20 Data Plan The competition for your iDevice dollars is getting more intense as Verizon Wireless announces a new data plan ahead of the likely iPhone 5 launch next month or next. The largest U.S. carrier has announced a $20 per month 300MB data plan that is launching now in the mid-Atlantic, according to both Cult Of Mac, and 9 To 5 Mac. However, this plan is expected to go nationwide before the end of the year. The Verizon plan competes directly with AT&T's basic data plan that runs $15 for 200 MB of data. It is currently available to customers in Maryland, North Carolina, Washington, D.C., and Virginia. United Is The First Major Carrier To Replace Paper Flight Manuals With The iPad In a press release today, United Airlines announced they are introducing paperless aeronautical navigation charts, that will be used on the iPad. This is said to enhance efficiency, save fuel and improve safety. The iPads will have Jeppesen Mobile FliteDeck installed. This is a premier app that provides pilots with interactive navigational information which is data driven and provided at the exact time a pilot needs the information. World Mode iPhone 5 Spotted - In iOS Developers Logs Discussions about Apple making a "World Phone" iPhone that could take advantage of both GSM and CDMA networks predates the launch of the Verizon iPhone. Yet while both the Verizon iPhone and the iPad 2 already feature the necessary chipsets, the iPhone 5 might be the first device to really take advantage of the hardware feature. According to Techcrunch, some developers are already noticing iPhone 5s in their usage logs, most likely from Apple testing their apps on the new device. What struck them as unusual, however, is that the devices seem to indicate they can use both AT&T's and Verizon's networks:

The logs show that the app has been briefly tested by a handful of people using what is almost certainly an iPhone 5, evidently running iOS 5, sporting two distinct sets of mobile network codes (MNC) / mobile country codes (MCC). Those codes can be used to uniquely identify mobile carriers. Sure enough, some registrations for the app – which the developer also asked not to be named – were logged from a new Apple device, using the MNC/MCC codes from both Verizon and AT&T.

The iPad Helps Out Pro Football In Tampa Every player on the Tampa Bay Buccaneers gets to start the season off with their very own new iPad 2, according to a report from the St. Petersburg Times. There are 90 players that will receive the device, and it will hold their playbook and other valuable information. The players from Tampa will no longer carry large, heavy playbooks. Instead, this valuable information will all have been downloaded onto the 1.3 pound, iPad 2. The team will also have access to videos and film which they can watch anywhere, any time of the day. The idea of iPads on the team came from head coach Raheem Morris. During the lockout, Morris had plenty of time to watch play films and he used an iPad to watch video of draft prospects. The team director of football technology Chris Wells and video director Dave Levy helped make the iPad dream a reality. iPhone App News What A Lame Move - Google Kills Photovine Yesterday’s announcement that Google is shuttering its just-released Photovine service is perhaps the craziest move we’ve seen by a tech company recently (okay, perhaps that honor goes to HP for wanting to spin off its entire PC line). Sure, this isn’t the first time Google killed a product, but Photovine’s short lifespan has to be some sort of record. After all, it debuted just last week for the general public. As a follow-up, Photovine’s death is the result of Google’s decision yesterday to shutter Slide, an apps development company it purchased last year. Look Out Square, ERPLY Introduces A Credit Card Reader For iPhone And iPad ERPLY has recently announced the introduction of Point Of Sale, a new portable credit card app and reader for the iPad and soon the iPhone. Square may now be in for a little competition. Since ERPLY is already a known point of sale and cloud-based retail technology company, it makes sense for them to move into the mobile method of accepting credit card payments. ERPLY’s Point Of Sale app will work for companies either large or small, and the fees are reasonable. Currently, the reader costs $50 with a 1.9 percent transaction fee. The reader attaches to the iPhone or iPad docking port and when a card is swiped, it communicates with ERPLY POS software to process and record the transaction. All credit card information is encrypted, so the transaction remains secure. iPad App News 9/11 Memorial App Arrives On September 1 Exclusively For iPad Beginning September 1, the 9/11 Memorial: Past, Present and Future app will be available for free exclusively for iPad owners, according to The New York Observer. Created by noted writer-director Steve Rosenbaum, the app (which will be free until September 12 and $9.95 thereafter) documents New York’s World Trade Center before, during, and after the attacks of September 11, 2001. The app includes 400 still photographs and hours of video clips, some of which are available on Rosenbaum’s CameraPlanet archive and 2002 documentary, 7 Days in September. Halo Makers To Release Its First iOS Game Next Week The folks behind the popular Halo game are set to launch their first project under the brand name, Bungie Aerospace. Harebrained Schemes’ Crimson: Steam Pirates is expected to launch September 1, according to Joystiq. Described as “turn-based gameplay coupled with “mystery,”" the iPad game will initially be released for free. Thereafter, future chapters will be available for just $1.99. Launched earlier this year, Bungie Aerospace is the iOS arm of Bungie, the makers of the hugely popular Halo franchise. Crimson: Steam Pirates will include eight voyages, as well as two ‘pass-and-play’ multiplayer scenarios. Zite Going Corporate As CNN Takes Over One of AppAdvice's favorite news apps is about to go corporate. Zite for iPad, which arrived on the scene earlier this year, is being acquired by CNN according to Tech Vibes. Launched in March by Vancouver, Canada-based Worio, Zite is a free personalized news service that keeps track of a user's reading patterns. Then, an algorithm formulates future news stories based on these patterns. 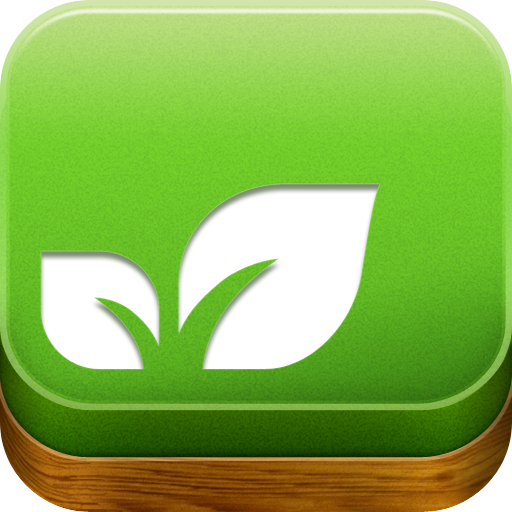 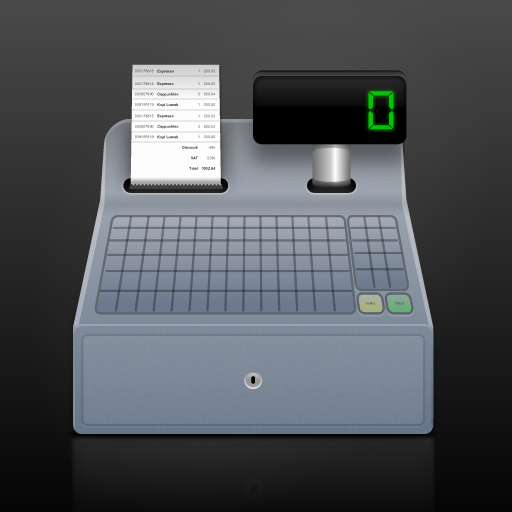 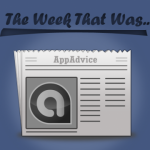 Top AppAdvice News And Apps Of The Past Week
Nothing found :(
Try something else