You are using an outdated browser. Please upgrade your browser to improve your experience.
by Aldrin Calimlim
March 16, 2013
The theatrical release of the Steve Jobs biopic titled "jOBS" has been pushed back, reports The Hollywood Reporter. The movie, which stars Ashton Kutcher in the title role, premiered on Jan. 25 as the closing-night film of the Sundance Film Festival in Park City, Utah. It was originally scheduled to open in wide release on April 19, which is roughly a couple of weeks after the 37th anniversary of the founding of Apple. But now the movie's release date has been delayed indefinitely:

If you can't see the video embedded above, please click here. According to Five Star, "jOBS" depicts "the major moments and defining characters that influenced Steve Jobs on a daily basis from 1971 through 2000." The movie, which is not to be confused with Sony’s planned adaptation of Walter Isaacson’s "Steve Jobs" biography, is directed by Joshua Michael Stern and written by Matthew Whitely. The movie also stars Josh Gad, Dermot Mulroney, Lukas Haas, J.K. Simmons, and Matthew Modine. Notably, it includes scenes shot in the Palo Alto garage that was the birthplace of Apple. You can watch a clip from the upcoming film through the video embedded above. 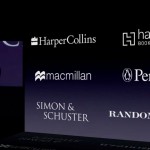