Telltale Games' episodic Walking Dead: The Game is set to launch a second season in the near future, potentially as early as this month. In anticipation of this release, the first full-length trailer for the forthcoming game has surfaced online, and as you'd expect, it's more than a little exciting.

Details were shared by Telltale back in October:

An unnamed Telltale spokesperson reportedly told IGN that the second season of The Walking Dead: The Game “will continue the story of Clementine, a young girl orphaned at the outset of the undead apocalypse, now left to her own devices to seek safety and survive in a world gone mad.”

The developer continues: “Now assuming the role of an ordinary child, players will struggle to outwit both the dead and the living in situations that will test their morals and control the flow of the story through their decisions and actions.”

Concerning a potential release date, Telltale has yet to confirm anything. The publisher noted that Walking Dead: The Game Season Two could hit iOS “maybe this year,” but of course, this estimation could easily get a pushback to 2014. Plus, with iTunes Connect set to close down for the holidays between Dec. 21-27, there isn't long left for iOS developers and publishers to submit their applications ahead of this deadline.

Telltale's Walking Dead: The Game first launched in the App Store last year, and its first season contained a total of five episodes. These were available at $4.99 each, however a $14.99 in-app purchase originally served as a season pass for the then-remaining four episodes in the series (resulting in a saving of $4.99). It's likely that Telltale will adopt a similar strategy with the game's second season.

However, Walking Dead: The Game isn't the only application set to reach the App Store from Telltale. As we explained previously, two similar episodic games in particular - Tales from the Borderlands, and a title based on HBO's “Game of Thrones” TV show - are scheduled to reach iDevice users in 2014.

Furthermore, an additional app - The Wolf Among Us - launched from Telltale earlier this month, too.

Below, we've included the aforementioned trailer for Walking Dead: The Game Season Two. We'll let you know once the application is available to download in the App Store. 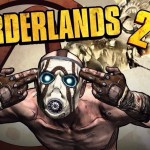 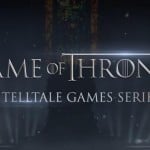 Telltale To Release New Episodic Game Based On HBO's 'Game Of Thrones'
Nothing found :(
Try something else