After a rather troubled period of casting its leads, the upcoming Steve Jobs biopic is now on the lookout for extras.

As noted by Cult of Mac, the project's casting agency, Beau Bonneau Casting, has put out a call for locals in the San Francisco Bay Area to serve as paid extras for the feature film. The casting call specifically requires prospective extras to be aged 18 to 40s and, more notably, to be willing to grow hair:

Production’s strongest need is for Men 18-40s with flexible schedules and comb-able length hair and/or men willing to grow their hair, facial hair, sideburns to match 80s-90s time periods. Women should have natural hair colors, no chunky highlights or ultra modern styles. Overall for men and women, curls, waves and volume are a plus. Production will provide haircuts as needed. Background will be photo approved by Production, and some may be picture picked by the Director.

The “groovy” hair requirements are in line with the expected main settings of the film, which are three of the key product launches spearheaded by the late Apple cofounder and CEO in the '80s and '90s. According to Beau Bonneau Casting, the extras will portray background characters including audience members, press people, and cafe patrons as well as engineers, technicians, interns, and marketing teams.

The agency's casting call also all but confirms the film's shooting schedule, which apparently runs from January through April 2015, and the film's official title, “Steve Jobs,” which is the same as the Walter Isaacson-penned biography it's based on. 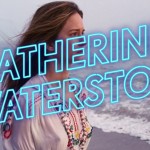 The AppAdvice week in review: More details leak about the upcoming Steve Jobs film
Nothing found :(
Try something else