You are using an outdated browser. Please upgrade your browser to improve your experience.
Apple Water Cooler
by Aldrin Calimlim
January 6, 2015

“Steve Jobs,” the upcoming film based on Walter Isaacson’s 2011 biography of the same name, has cast a teen actress for the role of the titular Apple cofounder’s daughter.

As revealed by Hollywood Reporter, Perla Haney-Jardine has been tapped to portray Lisa Brennan-Jobs, Steve Jobs’ first child and daughter of his longtime partner Chrisann Brennan:

The movie tackles three different stages of Jobs’ life and it’s unclear how the daughter character figures into each stage. Haney-Jardine, who turns 18 this year and bears a striking resemblance to the real Lisa Jobs, clearly fits into one of the acts.

Jobs initially denied paternity of Brennan-Jobs, who turns 37 this year. But they later reconnected and she lived with him for a few years in her teens. Apple’s seminal Lisa personal computer was actually named after her, as admitted by Jobs to Isaacson.

In an interview late last year, Aaron Sorkin, the screenwriter of “Steve Jobs,” said that Brennan-Jobs is “the heroine of the movie.” “She didn’t participate in Walter Isaacson’s book, because her father was alive at the time, and she didn’t want to alienate either of her parents,” he said, “so I was very grateful that she was willing to spend time with me.” 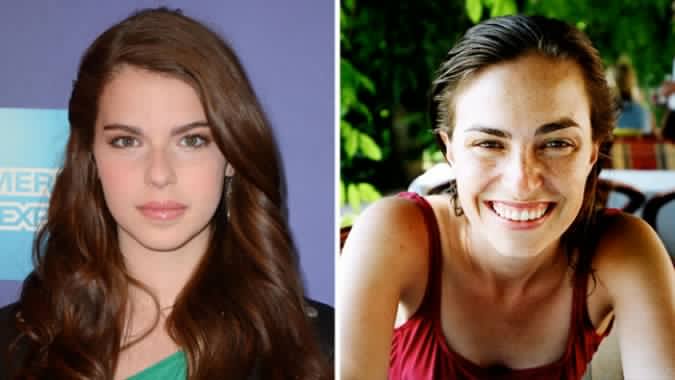 And as mentioned, she’s set to be played in the movie by Haney-Jardine, who made her film debut in “Kill Bill Vol. 2” as the title character’s child and appeared in “Spider-Man 3” as the supervillain Sandman’s daughter.

In the “Jobs” film starring Ashton Kutcher, released in 2013, Brennan-Jobs is portrayed by Ava Acres as a child and Annika Bertea as an adult.

It’s unclear if the upcoming “Steve Jobs” movie will cast another actress to play an adult version of Brennan-Jobs. If so, it may very well be the female lead role that has been rumored to be taken on by Kate Winslet or Jessica Chastain.

Directed by Danny Boyle and handled by Universal, “Steve Jobs” is scheduled to begin shooting this month in San Francisco, as disclosed in a recent casting call for extras.

See also: An updated list of the merchants, cards and apps that accept Apple Pay, SIM-free unlocked iPhone 6 and iPhone 6 Plus now available from Apple, and Apple to discuss financial results for first fiscal quarter of 2015 on Jan. 27.