Apps To Make You Master Of The Universe

Using your iPhone or iPad is a great way to help you see those objects in the sky you always wished you could. Whether you are using a high-powered telescope or just scanning the sky with your eyes, these apps will help you search for anything from the Moon to Jupiter and from the Andromeda galaxy to the Eagle nebulae. This handy guide will help you determine which apps will be most helpful to you. 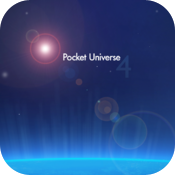 Pocket Universe is a great program for stargazing and includes a searchable database of thousands and thousands of objects, night vision mode, a near-perfect digital compass, and many, many more features. Pocket Universe can be as simple or as complicated as you would like it to be, and it is suited for both novices and professionals alike. It is designed for both the iPhone and iPad, giving you the extra screen of the iPad while still being a superior program that fits in your pocket.

Star Walk is a wonderful program that allows you to find just about anything you want in a slick interface and beautiful graphics. Star Walk shines (no pun intended) on the iPhone and iPod Touch, but if you want the ultimate experience then you must get this program for the iPad. Stargazing takes on a whole new meaning with the ten-inch screen and HD interface. You will never again wonder what that bright orange star or that fuzzy little cloud in that tiny corner of the night sky is ever again with a searchable database, night mode for viewing outside and on location, ability to show the constellation shapes and lines, a fantastic digital compass, a full-sky 180 degree display, a toggle for showing many stars or just a few, and so much more. Star Walk also gives you daily stats like sunrise and sunset, visible planets, moon phases, and much, much more. The iPhone version (see the link below) is also recommended and is a great program too, but you miss out on the iPad's crisper graphics and roomier screen.

SkySafari includes many of the same features as Star Walk, and is an excellent astronomy app that will help you locate an almost endless amount of objects like galaxies, star clusters, binary systems, planets, nebulae, and much more. SkySafari has a built-in time flow feature that lets you control the sky in timed intervals through VCR-like controls. SkySafari also has a unique feature of connecting to your electronic telescope, giving you the ability to control your telescope via your iPhone or iPad! 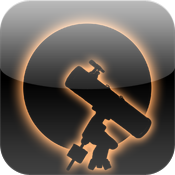 For die hard astronomy fans, Luminos is probably the solution for you. This app is essentially a virtual telescope that takes you on a 3D tour of galaxies filled with planets, stars and other space objects. Luminos also presents up-to-date facts and constellation viewing as well. Overall, if you have ever wanted to see a detailed view of the surface of a planet, then give this app a try.

GoSkyWatch Planetarium is a great program for showing off the abilities of your brand new iPad. Included is a searchable database of tens of thousands of objects, a star toggle that instantly lets you view numerous stars and objects or a very small amount, a fantastic digital compass that shows you exactly what’s in front of you at all times, magnitude adjustment for different viewing conditions, and much more. GoSkyWatch Planetarium should not be missed regardless of whether you are a casual or hardcore fan of astronomy. GoSkyWatch Planetarium is a universal app, meaning you can download it once and have it on all of your iDevices.

Starmap is an excellent program for viewing the night sky, and is recommended for its huge searchable database of over 2.5 million stars, over 13,000 deep sky objects like galaxies and nebulae, 475,000 asteroids, a Tycho 2 catalog, and much, much more. Starmap HD is the iPad version and is the ultimate version to have as it expands the screen space, has crisper and cleaner graphics, and everything just looks and feels better. The learning curve and price is a little steep for the casual observer, however.

Distant Suns: The new way to look at the sky

Distant Suns was originally written for the Commodore Amiga computer in 1985 and is one of the longest-lived programs still for sale. It has been updated to run smoothly on the iPhone and iPod Touch, but is a little blurry on the iPad while zoomed in. It’s a bummer that you’ll have to pay a little more for the HD version for the same program. Distant Suns is notable for its database of over 130,000 stars, unique controls for centering the moon, sun, planets, and many other deep-space objects, restoring to your last position, and a digital compass in the full version.

SkyView is a bit different from the other apps listed here because it uses the iPhone's camera as its viewfinder. In other words, you can hold your phone up and see stars, planets and constellations through your camera. You can also see how the sky will look on a day in the future or past. In addition to that, SkyView gives you information about objects in the sky when clicked, which gives a variety of facts about the selected space object. Due to its unique feature set, this app is a nice, different choice for those who are looking for an app to tour the sky. It will not leave you disappointed, especially with its price tag of free.

SkyORB is a decent stargazing application that utilizes a really good digital compass and a 3D interface. It lets you search and find stars, deep sky objects, current satellites and shuttle missions, and enables you to see the sky from any point on earth. The trial version is of course free but is stripped down in features, unless you pay for the premium version for a few bucks right inside of the app. This app seems to be riddled with bugs, and there is also no red night vision toggle, which renders it almost useless. SkyORB is a free download from the App store.

Stellarium describes itself as a planetarium for your phone. While this may be the case for the novice user, it is certainly not compared to its competition. Compared to other apps in this AppGuide, I found Stellarium to be severely lacking in functionality and therefore should be reserved for the user that wants the absolute bare minimum in a star gazing app. 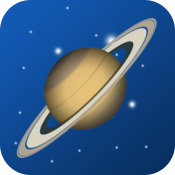 Planets is not a top choice in this category because it leaves much to be desired. Although it has a wide variety of views such as 2D, 3D and Globe view, it is not initially clear how to use them. Other problems with the app range from lack of landscape mode to that fact that no information about space objects is available. Overall, it's not our top recommendation, but it is free and universal, so it might be a good place to start. 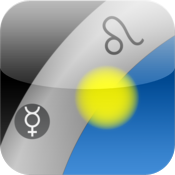 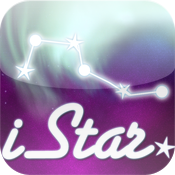 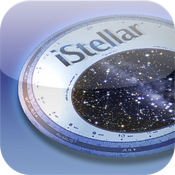 Music Theory Apps For The iPhone