Stream All Of Your Media On The iPad

Your iPad was made for video. While getting video from iTunes is great, there are a ton of apps that let you stream media from your computer to your iPad. In addition, there are plenty of ways to get the most out of your video subscription services. With the apps in this AppGuide, you'll have all you need to be entertained the second you want to relax.

Air Playit HD is a fantastic app that lets you stream media from any folder on your computer to your iPad. Music, movies, photos, and anything else you can think of are covered with this app. Even better is that you can set permissions for kids, so restricted content isn't visible to them. Air Playit also sets itself up as a web server so you can access your media when you're away from home. This is by far the best app out there to enjoy your media on your iPad.

Air Video is another great way to stream your video to your iPad. While the app only supports streaming video, you can use AirPlay, which allows you to wirelessly stream videos from your iPad to the Apple TV. Another plus over other apps is that Air Video supports video out through the dock connector. The app also lets you play back content purchased in iTunes by streaming it through Safari, which is the killer feature and makes buying content through iTunes a no-brainer. If you want off-site access, you will need to set up port forwarding on your router.

The Plex app is a companion to the Plex media server that runs on any Mac. Plex has among the best user interfaces for streaming video and audio on the iPad. The app provides all the meta data of your content, which lets you see detailed information on every TV show, movie, or song on your Mac. The app also supports some picture, video, and music plugins. The picture plugin will let you stream your iPhoto library to your iPad (including events, albums, keywords, and ratings). The video plugins offer access to some online video providers such as Revision3. The music plugin provides access to your iTunes library organized by playlists, podcasts, audiobooks, genres, decades, ratings, recently added, recently played, and most played. While it's feature-rich, it is not an essential app because of problems connecting to the Plex server. When Plex does connect, it's an awesome experience. 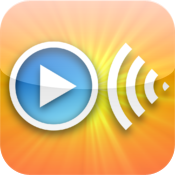 Video Stream is another app that streams videos from your computer to your iPad. It supports user accounts to limit access to certain folders. This feature can be great if you want to keep your R rated films away from your children. Video Stream has a beautiful user interface and works great on 3G and Wi-Fi. The developers have promised support for video AirPlay to Apple TVs once Apple allows it for 3rd party developers. This app is a real competitor to the other streaming apps and is yet another option.

PlugPlayer is a highly flexible and powerful app for streaming movies and other types of media from a UPnP server. What sets this app apart from the rest listed in this guide, however, is the unique added feature set that PlugPlayer provides. For example, say you have your iPod Touch connected to speakers in your house. Well, with this app you can actually control that iPod without even being in the same room. With that being said, PlugPlayer is not without its issues. I found the interface to be awkward at best, and there are occasions where crashes will occur. Ultimately, I recommend you look at other options until PlugPlayer is updated. While PlugPlayer is powerful and flexible, there are too many bugs to recommend it over other apps listed here.

Drawing With Your iPad