Hockey Games For The iPad

Hockey is a game that never gets old. There is something special about running over another player on the ice that is just so satisfying. The App Store is loaded with iPad options. We compare the best iPad apps out there in this AppGuide.

2K Sports NHL 2K11 For iPad is the essential hockey game. The backend powering this game is the same engine powering this game the Nintendo Wii. The graphics aren’t crystal clear, but they are very good. There are tons of different gaming modes including season, quick game, free skate, winter classic, and shootout. The controls are easy and effective. This is a must-have iPad hockey game for hockey fans and a fun one for non-hockey fans too.

Hockey Nations 2010 HD is the best alternative to the essential game. The graphics are beautiful and the gameplay is fun. GameCenter support is not included in this version, and it is in the iPhone version, so we would love to see that added. The developers have packed in a ton of gaming modes. These include: go for gold, world league, exhibition, shoot-out, practice, and two-player. Hockey Nations 2010 HD is one of the most polished hockey games for the iPad.

Magnetic Sports Hockey is one of the few iPhone hockey apps that we could recommend for the iPad. The game is based on the classic table top game, so it is not a true replacement for the essential app. It is a very customizable app. You can select the duration, target goal, arena, difficulty and much more. The developers have packed a ton of features into the game. The graphics are not half bad, but not stellar either. If you are looking for an app for both your iPhone and iPad, this is one option.

This app will give you a taste of what Hockey Nations 2010 is all about. The shoot-out version is free of charge and optimized for the iPhone. The upscaling works well and is very playable on the iPad. The gameplay is limited to the shoot-out mode, but a great option if you are unsure about your purchase.

Super Mega Hockey 2000 is a completely different kind of game. The game emulates those old table hockey games from the 1970s. The current version is very limited. You can only play in a two player mode, with no option to play against the computer. The game is a fun one, but not a very good one unless you are with a friend. Super Mega Hockey 2000 is a nice complement to the essential app, but not a necessary one.

Chop Chop Hockey has great potential, but is one to avoid for the moment. The app is very crash prone and unstable. We hope the developers fix this bug, but right now it makes the game unplayable. The interface does not feel like a true iPad app. It is more of an upscaled iPhone app, and that really does make the gameplay not as fun on the iPad. The game features eight different teams, four different hockey arenas, four difficulty levels, and three different camera angles. We can only hope the developers work on making it more of an iPad native app and fix the stability problems in a future update. 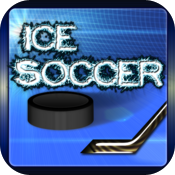 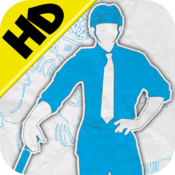 Foosball Apps For The iPad