Here are some of the best games for the iCade.

The iCade started out as an April Fools's joke. It became a novelty item with potential, but not enough games to make it worthwhile. That has changed. The iCade now supports many high-profile titles, ranging from arcade classics to newer games, which make good use of the iCade's joystick control. This AppGuide does not simply look at the best games which happen to have iCade compatibility; it looks for games which are truly enhanced by that compatibility.

League of Evil 2 is a great follow-up to what was already a good game. One of the hallmarks of the LOE games are the responsive controls, which allow you to perform wall jumps, flips, and other acrobatic maneuvers with ease. These controls work particularly well with the iCade joystick. With a good balance of personality, simplicity and challenge, the game provides a worthy showcase of the iCade's capabilities.

The best way to describe this top down air combat shooter is that it feels epic. From the 3D graphics to the gameplay to the music, everything feels large and important. The concept of the game is not new, but it is well-executed. The numerous varieties of enemy types, challenges, upgrades and special weapons keep the game fresh and exciting. The matching of the buttons to specific commands requires some trial and error, but once deciphered, the iCade elevates AirAttack HD to a highly enjoyable arcade experience.

Like Pac-Man, Frogger is a well known arcade personality. With high quality graphics, as well as new characters, levels and features, Frogger Decades gives older gamers the nostalgia of classic gameplay, while making Frogger easily accessible to those new to the franchise. Because it’s Frogger, and because it’s one of the few high-profile arcade classics with a fresh new iCade-compatible port, this is an essential app to own. 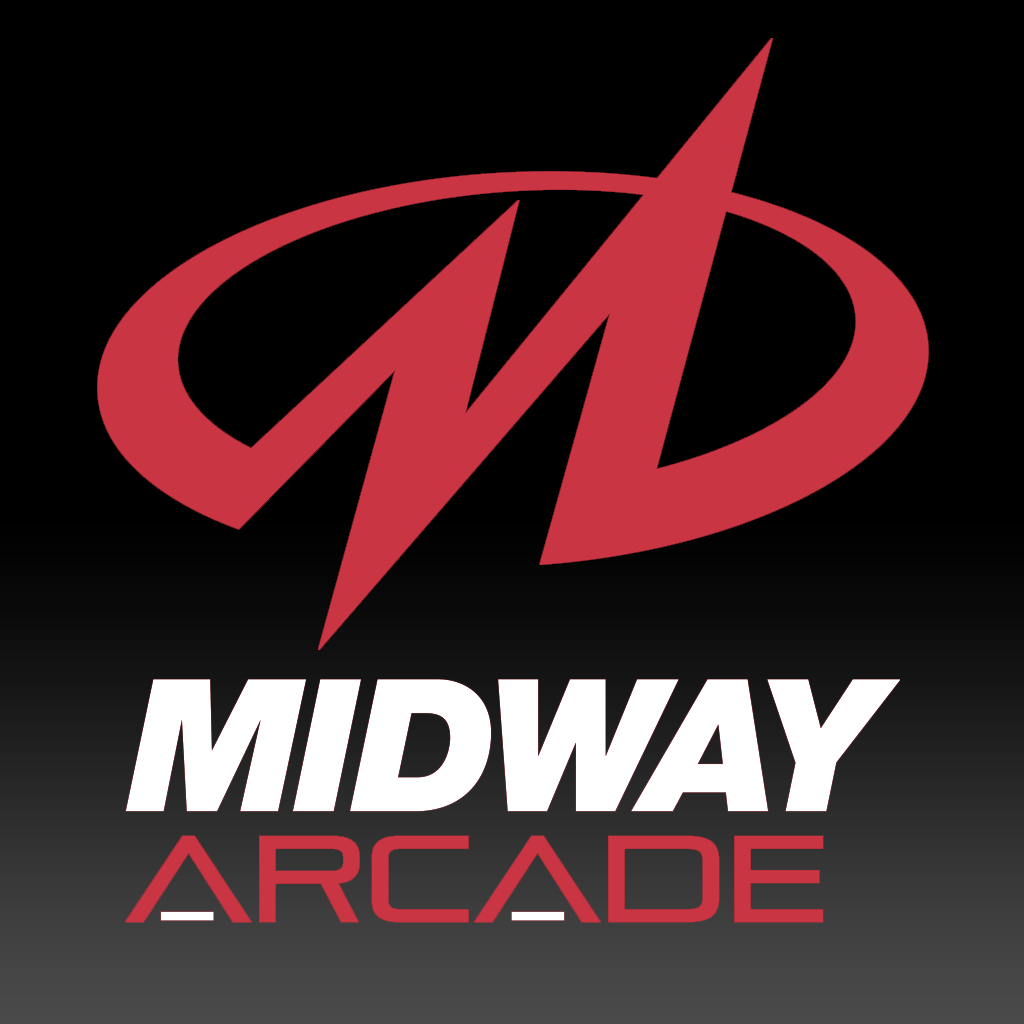 There are a number of classic arcade game collections which now include iCade support. Some of the higher profile developers of these collections include Midway, Namco, and Atari. Midway Arcade is my favorite of the bunch because of its reasonable pricing structure and because it put more effort into creating a true arcade experience. For less than a dollar, you get 10 games, including arcade classics such as Spy Hunter, Rampage, and Joust. You can unlock two additional game packs for $0.99 each, which is preferable to the pay to play scheme of Namco's arcade app. Instead of just lining up the game consoles in a row for you to scroll through, Midway's app features a virtual arcade room that you can navigate; in addition to video games, the room also features other classic arcade games like skee ball and air hockey. It even has a prize redemption center.

Temple Run is one of the most popular iOS games ever. It is well-deserving of that distinction; the game is fantastic. It's simple, yet addictive. The fact that it works with the iCade automatically makes it a notable app on this list, at worst. The reason I didn't rank it as an essential app is because, unlike the other games on this list, I actually prefer Temple Run's native swipe and tilt controls. The joystick control isn't bad, but it doesn't always move the character in the direction you want at the moment you want. As Temple Run fanatics know, this is a problem. Overall, Temple Run is an essential game to own; for the purposes of this AppGuide, however, it doesn't rate quite as high. 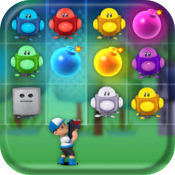 Puzzle Bot Blast is a remake of Space Inversion Puzzle, which is also a notable iCade compatible game (but only one was chosen for this guide due to their similarities). Both combine elements of a classic shooter with puzzle elements. In Puzzle Bot Blast, you can shoot individual enemies or move them from one column to another using your magnet gun. By detonating colored bombs, it is also possible to set off a chain reaction, which will destroy waves of enemies, all at once. The game features a good balance of action and strategy, while showcasing the benefits of the iCade’s controls.

This game is mindless carnage and mindless fun. The object of the game is simple: eat, destroy, and cause lots and lots of mayhem. The game doesn’t have much depth, and frankly, it doesn’t need it. This is the type of game that the iCade joystick was made for. There is a sick pleasure that comes from roaming around, while gobbling up and blasting little pixelated people, animals, and even elves in the North Pole. 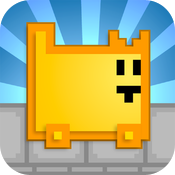 This retro-looking game is simple, but enjoyable. You run back and forth across the street, ramming into cars. You can charge up and dash across the screen, or with enough coins, turn into a giant Box Cat that becomes a vehicle-smashing machine. Although the motion is repetitive, it is also addicting. I would have liked to see a few more power-ups, such as the ability to do no-charge dashing, slow down cars as they reach the intersection, or split into two cats that are mirror images of each other. It would have also been entertaining to see some cars that look like dogs, which you could crash into with your cat. Still, this is a good game which is enhanced by the iCade. 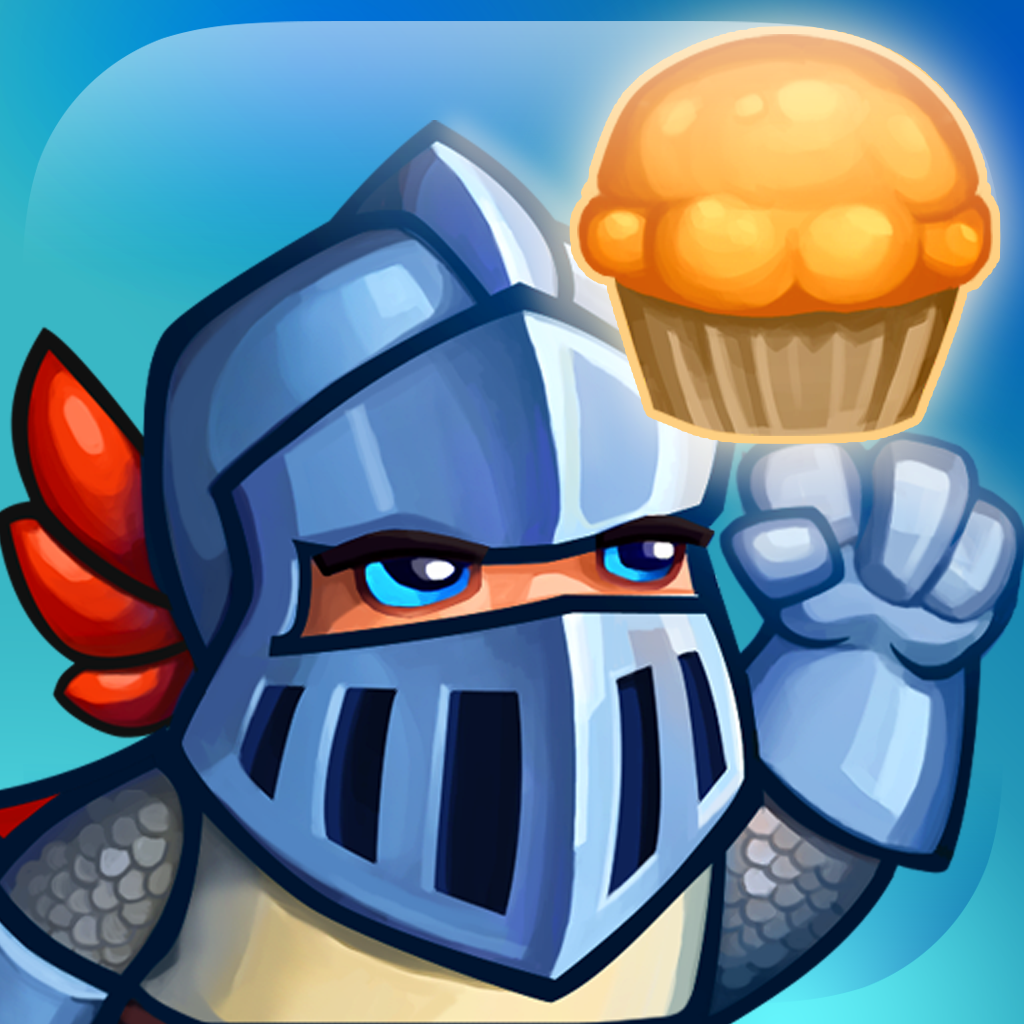 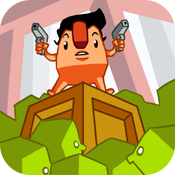 As mentioned, this is a great game. Purists will prefer it over Muffin Knight. Given their similarities, I like them both. I just like Muffin Knight a little more, in terms of how it plays on the iCade.

Namco's arcade app does not compare with Midway's from a pure app design and pricing standpoint. However, given that the app allows you to play classics such as Galaga and Pac-Man, the app is worth downloading. Every day, you can play one free game on the title of your choice. You can also purchase additional play tokens, or buy the game machine. For reference, Galaga costs $2.99. For the same price, you can get 16 games in Midway arcade.

Silverfish MAX is somewhat reminiscent of Pac-Man. You flee from enemies while gathering glowing objects. Occasionally, you power up and gain the power to destroy your enemies as they flee from you. The defining characteristic of this game is its stunning neon graphics, which complement the simple gameplay.

For those who enjoy three-dimensional space combat games, No Gravity may be for you. The graphics are immersive and make you feel like you’re piloting a ship in space. The iCade’s joystick controls take some getting used to, and the gameplay can feel a little slow and clumsy at times. But this is one of the best looking iCade-compatible games and is worth a look for fans of the genre.

There are a number of 8-bit retro-style platform games available for the iCade. League of Evil is one of the better ones. What sets this game apart is its responsive controls. They’re loose enough to easily allow feats like double jumps and wall climbs, yet tight enough to give the game a decent degree of challenge.

Compression HD is a falling blocks game similar to Tetris. The purpose of the game is to match up colored blocks and destroy hollow blocks before running out of space. The game is not as addictive as Tetris, but it is a solid puzzle game that is benefited by the iCade. 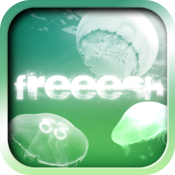 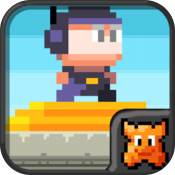 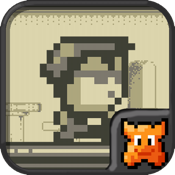 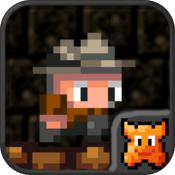 by Man Up Time 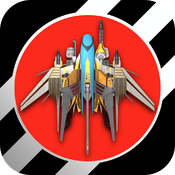 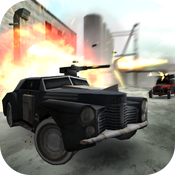 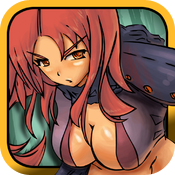 Foosball Apps For The iPad

Hockey Games For The iPad