Wake Up More Refreshed Than Ever Before

For many of us, it can be terribly difficult to wake up in the morning. While there is no real solution to this aside from quitting your job, there are ways to improve the situation. The apps in this AppGuide will track your sleep patterns based on your movement throughout the night and wake you up at the best possible time within the time frame that you set. So not only will you have the coolest alarm clock in town, but you will also wake up feeling as refreshed as you do on weekends.

Absalt EasyWakeup Pro is undoubtedly the best app in its class. With a simple interface for easy navigation and an amazing sleep tracking algorithm, this app delivers on all claims that it will help you wake up easier. The way it works is not much different than the other apps listed here; first you set a wakeup time and the sound that you want played when woken up. What will then happen is that Absalt will set a wakeup window between thirty minutes before the time you set and the time you set. Once you put your phone facedown on your bed before going to sleep the screen will turn off to conserve battery, while the app tracks your sleep pattern by movements. Once the wakeup window is reached, Absalt will wake you up at the time of your lightest sleep. From there you can view charts of your sleep pattern and even rate your mood upon waking up. The result should be a feeling of refresh, since you were woken when your body wanted to instead of your clock. Overall, this app works extremely well for what it does and is my alarm clock of choice. This app is essential to anyone who wants to wake up feeling like a million bucks every morning. If you're still not sure, then give the free version that is listed below a try.

Out of all of the apps in this AppGuide, SmoothAlarm Pro has to be the most unique. Aside from the standard wakeup features, this app adds functionality such as the ability to play music before going to sleep with auto stop. Another huge advantage that SmoothAlarm has over its competition is weather alarm which will wake you up thirty to ninety minutes before your set wakeup time if it's an ideal weather condition. This could be useful for, say, a morning run. Overall, this app has killer features that put it a few steps ahead of most of the apps here, making it an essential app for anyone looking for a great alarm. 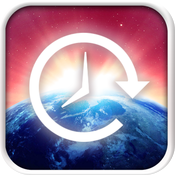 Sleep Phase Wakeup Clock is much like other apps in its category with a few added features as well. One of these is the microphone support which will assist the app in analyzing your sleep patterns as well as a progress bar that will tell you how much time you have left to sleep. In the end though, the most important thing is that this app works as advertised and is a reliable alarm that can be used on a daily basis, making this a great app.

Smart Alarm Clock tracks your sleep patterns the same way that other apps in this list do, but adds some features along the way. One cool piece of functionality included is the app's ability to record sounds at night which could be useful if you want to track your snoring, for example. Another added benefit of this app is social network integration, with just one click you can share your sleeping pattern data with Twitter or Facebook. That being said, Smart Alarm Clock is not without issues; for example, there are times where it simply won’t work, and for something as crucial as waking you up, my best advice would be to try the free version below and set a backup alarm just in case.

Sleep Cycle is a curious app that has most of Absalt EasyWakeup Pro’s feature but has one serious problem. While some users claim that it works great for them, many have found that this app tracks sleep cycles even when on a flat surface with no movement. Therefore, it remains to be seen if this app is worth downloading, but for the time being I recommend looking at other options.

HappyWakeUp and HappyNap (below) claims the same functionality as the other apps here. Unfortunately, it doesn't really work very well most of the time, and should probably be stayed away from until the issues are resolved. 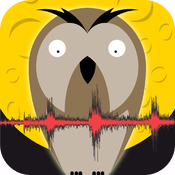 by AppZoo GmbH
Nothing found :(
Try something else