Experience the 1962 classic on iOS

Space War is one of the first video games ever invented. The original Spacewar! created by Steve Russell came out in 1962 for the Atari 2600. In Space War, you are tasked with the mission of dueling for survival against an enemy ship. You can find the original retro game as well as more modern versions in the App Store. We compare the best of them in this AppGuide.

SpaceWar! is an iPhone app, but it upscales really well onto the iPad. The app is completely free and worth a download. We have not found a better version of Space War than this free iPhone app. The Atari Classic version is harder to control and has a price tag. We love the retro feel and look of this game. The controls are good too. SpaceWar! is the essential Space War app for iOS. 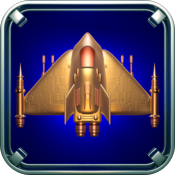 Not everyone loves 1960's style retro gameplay. Warblade is an action-packed space game with loads of features and great, modern gameplay. I thoroughly enjoyed this app with its arcade style, as well as the mini games such as navigating through a meteor shower. The controls were unique to this particular game, using one button for moving and firing at the same time, providing an awesome experience on the iPhone's small screen. Warblade will appeal to arcade-style gamers who like a modern touch, but I truly think that almost anyone will enjoy this game in its entirety. One thing that I wish that it had is Game Center support, which I believe all games should adopt for a centralized experience. Aside from that, I highly recommend Warblade if you are looking for a fun game with great replay value.

If you want to play the original, look no further than the Atari Classic app. The graphics, sound, and retro experience are all here. Currently the control mechanism is not the most intuitive thing, but if you can get good at the controls this is a fantastic notable option. The app is free to download and included one game, Mission Control. You'll need to purchase each of the other titles after that. The other games, such as Space War, will be $.99 apiece; though of course there are package deals you can purchase if you're a die-hard retro Atari fan.

Space War Classic attempts to bring Space War to iOS in a cool way. It falls short with the control interface. The game would be infinitely better if it had usable and workable controls. If those are fixed this will be a contender for a must have Space War app.

Space War HD is a $0.99 iPad-only game. You can battle against more than one opponent in this modern version of the game. The graphics are pretty good. The music will bring you back into the old retro gaming era. The app is so-so and an okay one to buy.

3D Space Combat: Battle for Vesta is not a true Space War app. There are tons of Asteroids-inspired things within this game. The graphics and gameplay is very smooth. Still, the game is a joy to play. For $1.99 you get an iPhone and iPad app that should provide plenty of entertainment.

Space War Game HD is not a great game. The iPad version has had almost no optimizations to make it more usable on the big screen. The iPhone game is an okay one. We found the game was buggy and not a very enjoyable game. We would recommend steering clear of this one.