Keep From Speeding With These Speedometers

Tracking your speed is something fun and at times necessary. Thankfully the App Store is loaded with speedometer apps. These apps all rely upon GPS and many also use a compass. As a result only iPhones and 3G iPads can be used with these apps. The original iPhone is also out of luck. We found some rather unusual apps for this AppGuide.

Fast, a Speedometer is the essential speedometer app. The cost is only $0.99 and the interface is perfect. You can select if you are using the app on a bike, in a car, or on a plane. We were unable to test how well the app works in a plane. Performance of the app was fantastic in our testing. You will need an active GPS connection for the app to work (as in all of the speedometer apps). Simplicity and ease of use make this a great app.

Flux Capacitor is the other essential app. This one transforms your iOS device into a Back to the Future themed speedometer/flux capacitor. An alarm clock is also included in this app. Not only iPhone users get to enjoy this one, but also iPad 3G owners. Ads that promote the Back to the Future films in iTunes are included with this app, but for the fun experience we think it is worth it. The app even simulates a flux capacitor activation when you reach the predetermined speed. There are so many nice touches included with this app. Flux Capacitor is a must-have app for your iPad 3G or iPhone.

Speed Tracker is an interesting option. Game Center support is included, but we truly feel this could be a dangerous feature. Game Center tracks your top speeds and puts them up on a leaderboard. We could see some serious app users taking this to the extreme and being dangerous with this app. We caution users of this app to not push your limits and to maintain safe driving. You can set which mode of transport you are using. These include cars, bikes, motorcycles, planes, skateboards, boats, trains or by foot. Game Center support also enables free voice chatting from within the app, which is a nice feature if used properly. The app is universal, so it will run on iPad 3Gs and iPhones. There are many more features included. Speed Tracker is perhaps the most social speedometer app and a great option. 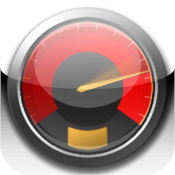 SpeedSense is a great option. Overlapping with Speed Pro and Fast makes this a unique offering. The interface is a joy to use and the feature set starts to encroach on Speed Pro. The HUD is customizable (up to five different themes). On the HUD you will see your current speed, top speed, direction, distance, altitude, and compass. Kilometers as well as miles are supported in this app. Speed Sense is another fantastic option for tracking your speed.

DMC Speedometer is a very simplistic app. The interface is not the most advanced and leaves much to be desired. There is nothing wrong with this app, but there is also not much to it that says "buy me".

JustSpeed has the right idea, but the wrong execution. There are tons of fantastic features included in this app, but the interface and experience of using the app falls short. The interface is just too busy. It can be confusing, even for experienced iPhone users. JustSpeed is an app to keep your eyes on, but for now is one to avoid. 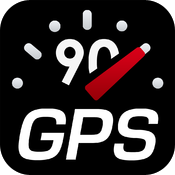 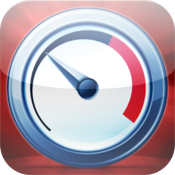 by Wake Up Studios