Turn your iPad into a portable recording studio

There is no shortage of apps available to musicians who are looking to record their next big hit. Here is a break down of the apps that any serious musician/producer is going to want to keep on their iDevice. 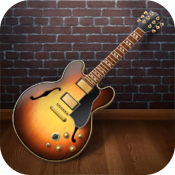 It's hard to argue against GarageBand being the most complete, out of the box studio app available. Though limited in the mixing and fine tuning department, and with only 8-tracks to record on, many people will embrace the simple interface and the ability to immediately and intuitively start creating music. The on-board virtual instruments mean that the app contains all you need to get up and running. With an extended amp and pedal selection built in for iRig users, Garage Band is the most self contained option for musicians. Simple file transfer capabilities to GarageBand for your Mac and the ability to easily share your music seal the deal, making GarageBand an essential recording tool for musicians. 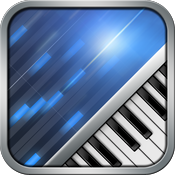 Whatever Garage Band may lack in extensiveness, Music Studio more than makes up for it with its vast plethora of options. The interface, though extensive, is intuitive and familiar (particularly to those who may be familiar with Propellerheads Reason). There are many stock instruments that you can trigger with the virtual keyboard. Those interested can also purchase additional tones and sound banks to give you a nice selection of options. Add mic and plug-in recording options and you have a hearty Digital Audio Workstation that deserves your attention.

MultiTrack DAW may very well be the best iOS multitrack recorder you have never heard of. The ability to record 4 tracks simultaneously (8 track live recording coming soon) on iPads with a USB input makes this an invaluable tool for bands looking to record their rehearsals or gigs. Users also have the option to record single tracks in stereo or two tracks, simultaneously, in mono. Another nice option is the ability to upgrade to 16 and 24 tracks via in-app purchase. As it is, the 8 track version offers fluid controls, a great interface that takes advantage of the iPad real estate, and some very nice mixing options. Add the 24 track upgrade and this app is downright dangerous.

Those willing to shell out an unusual amount of money for an iOS digital audio workstation need look no further than Amplitube. Amplitube is actually a very good recorder. The catch is, you have to first buy Amplitube and then, and only then, are you able to buy their 8-track recorder add on. Additionally, if you wish to purchase effects pedals to enhance your sound options be prepared to pay extra for those as well. That being said, Amplitube offers a fantastic interface that most musicians will feel comfortable with immediately. There is little guess work as to what does what and having a nice mix of virtual amps and pedals at your disposal lets you really appreciate how powerful and efficient iOS devices can potentially be as legitimate recording tools. If money is no object, then Amplitube deserves your time...and hard earned cash.

The same people who brought you the fantastic Looptastic apps have ventured into the world of multi- track recording with mixed results. A very nice feature is the ability to record three tracks on one, giving you 24-tracks to work with. Though there is no way to mix them individually, it still allows you to experiment with recording in a whole new way. With full input recording options and a simple loop insert function and editing interface nearly identical to Looptastic, Studio HD seems to be stuck somewhere in between being a true DAW and the aforementioned Looptastic. Still, it's a decent option for those looking to ease into multi-track recording without being overwhelmed by too many bells and whistles.

StudioMini XL proudly boasts its use on the latest Album by The Gorillaz. Rightly so — its simple and user-friendly design will be familiar to musicians already familiar with desk top recorders such as those offered by Korg and Tascam. There are some looped beats of various styles of music to help you along the way. It would have been nice to see a punch in feature. As it is, you are relegated to an all or nothing mentality when it comes to deciding on keeping a track or redoing it completely. Though limited in options, StudioMini is a solid, straight forward multi-track recorder that does what it claims to do, and does it well.

StudioTrack is another 8 track recorder that focuses on simplicity rather than an abundance of overwhelming options. It has a clean and intuitive design and a decent amount of post recording options to help mix and master your creations. Since the app is aimed for those that already have their own music gear (read: guitars, amps, preamps,etc.) you won't find any virtual instruments to tool around with, but the clean design and user-friendly interface will allow you to focus on your music rather than getting consumed by overly complicated functions. This may not be the ultimate recording option for most, but for those looking to sketch out their ideas before going big, StudioTrack is a nice choice.

Metronome Apps For The iPad