Build up your army with the best tower defense apps

With an iPhone, gaming can sometimes leave you wanting more. Tower defense games can promise a lot of strategy and fun. But the phrase "tower defense" is broad. This AppGuide contains apps that fend off attackers, games that attack runners that follow along a path, and games where you attack others and defend your own. These games are popular and they're fun. They are also plentiful; it can be difficult to weed out the good ones from the rehashes. Whether you want convoluted strategy or simple game play, you'll find the perfect tower defense game for you.

Our original review of the app in 2012 calls Kingdom Rush the perfect tower defense game. It truly is one of the most fun tower defense games out there. The game play is simplistic. It consists of a few towers and a variety of attackers that you must fend off to advance to the next round. It's not something you'll spend a lot of brain power planning out. If you're looking for a fun, easy tower defense game, look no further. It truly is addictive and I love the "cartoon-y" game play that will keep you glued to your device for hours.

Sentinel 3: Homeworld is the current standard for tower defense games. All of the Sentinel games are well-regarded. The levels have an epic feel, as well as an atmosphere that fits in well with the game's storyline. The upgrade system is sophisticated and will keep you playing. In short, Sentinel 3 is the total package in terms of graphics, gameplay, and strategy.

Bloons Tower Defense is a household name and one of the most successful tower defense franchises for mobile devices. A few balloons come onto the path and you need to strategically place towers along the path to make them most effective in popping the balloons. The game play is easy, and the graphics are fun. It may not be the most complex game out there, but I love it. Bloons is certainly an essential tower defense app.

The app iBomber Defense by Chillingo is a more realistic option for tower defense apps. The Campaign mode takes you through Europe and across the world. The game includes planes, boats, machine guns, anti-aircraft cannons, and so much more. The game play is addictive, and the fact that the game is realistic certainly makes it better. The monotonous nature of the game can catch up with the quality. But this game is still loads of fun.

Clash of Clans is a free app, and yet it is the highest grossing app on the Apple App Store. That should tell you all you need to know about its popularity. Clash of Clans is a comprehensive app for tower defense and yet so much more. You start with your own clan, or city, and build up your army and defenses. All the while, you collect coins and elixir to upgrade your city. Raid other cities to steal other's coins and elixir, or buy more with in-app purchases (the popularity of the game is mirrored in the sense that it is #1 grossing solely from in-app purchases). Join up with your friends to become an even more powerful fighting force. The shortcoming of Clash is the sheer amount of time and effort it takes to build up your clan. Without friends to play alongside, internet connection, or free time to spare, Clash of Clans becomes a tedious game to keep up with. Like I've said, despite the effort, Clash of Clans is the top grossing app out there, and deservedly so.

This is a physics-based defense game, in which you use your finger's nimble abilities to fire medieval weapons, such as a crossbow or catapult. The game play isn't as dynamic since you're not fighting off attackers. The game has great graphics and carries an interesting concept. The game may get repetitive quickly, but, I was still able to find a decent amount of enjoyment from the game. 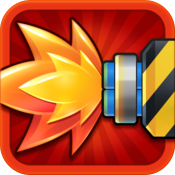 The action in this game is fast, frantic, and fun. It's filled with cute characters and big explosions. Like many others, you set up towers strategically to hold off hoards of attackers. The charm of this game is in the fun, not the challenge. I play this one if I want mindless adrenaline-filled entertainment. 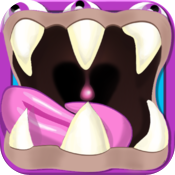 Human Defense is similar to other defense games in the sense you set up towers and hold off attackers. But this game has an additional twist. You must build up antibodies to keep the digestive track within a patient healthy. The game is not for everyone, and can get gross. But for what it is, the little twist in concept can attract many players.

Pocket Army is a little different than the rest. The game is played through a single character who must fight off waves of attacking knights. Upgrade your character's armor, weapons, and more. Concept-wise, I don't love this game. However, if this is the type of game you're looking for, then it would satisfy. 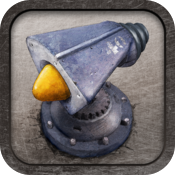 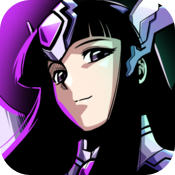 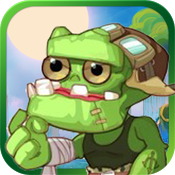 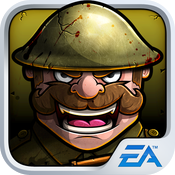 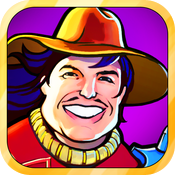 The Lord of the Rings: Middle-earth Defense Prologue 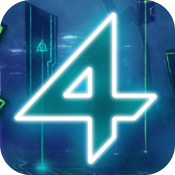 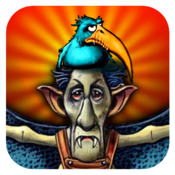