You are using an outdated browser. Please upgrade your browser to improve your experience.
by Bryan M. Wolfe
June 23, 2013

We've heard a lot more about iOS 7 as developers continued to test the first beta. Among the new features AppAdvice highlighted this week was the new Wish List tool in the App Store app. We also noted that some third-party apps are beginning to use the intelligently scheduled app update feature.

So when will iPad developers finally get a chance to begin testing iOS 7. Brent Dirks believes that Apple will release a new beta tomorrow, June 24.

During the week new information leaked about the "iPhone 5S," "iPhone mini," and second-generation iPad mini.

Manufacturers are already making cases for the so-called budget iPhone based on recently leaked blueprints. As the following mockup shows, while the budget phone may be less expensive than Apple's flagship model, don't be caught calling it cheap.

As Aldrin Calimlim noted, a couple of photos that purportedly show the interior and the rear shell of the iPhone 5S have emerged. The photos reveal little beyond what has already been rumored. Still, it does give us a better idea of what to expect when the device launches later this year.

It may be a long time before we see an iPad mini with a Retina display. As Joe White explained, a key analyst believes that Apple will hold off on releasing such a device until 2014. As a result, the second-generation iPad mini, the one arriving this fall, will only add an Apple A6 processor and a thinner design. According to NPD DisplaySearch analyst Richard Shim:

Apple is expected to refresh its iPad mini in the second half of the year. The new iPad mini will continue to use a 7.9-inch display with a 1024×768 resolution, but it will use the iOS 7 operating system and an A6 processor, in a slimmer design than the current generation. Another iPad mini is also planned for production but not until early 2014. That device is expected to feature a QXGA (2048×1536) resolution display and the iOS 7 operating system.

As White notes, however:

Before believing Shim outright, however, readers should note that the analyst previously predicted that a Retina display-equipped iPad mini would launch this year, and would be closely followed by a further release in early 2014. He now goes back on this argument in order to offer the above prediction.

In other words, stay tuned. 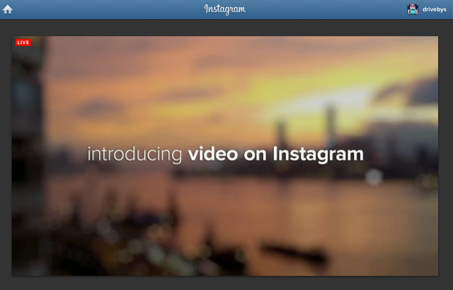 Facebook this week added video sharing to its Instagram app. Soon after, we published our Instagram versus Vine smack down. So which service is the best? For now, it's Instagram, although its lead could only be temporary. Here's Robin Rhys' similar take on the new rivalry:

It probably won't help it sell new smartphones, but Nokia's newest TV advertisement is still impressive. After all, what's not to love about zombies? Enjoy. 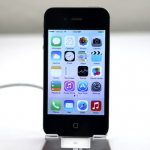 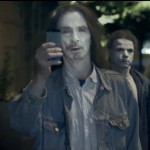