On the heels of Amazon’s fireTV announcement Piper Jaffray’s Gene Munster has once again called for Apple to revamp its own $99 set-top box, noting that the new Amazon hardware “aggressively” highlights the need for a next-generation home media solution from Cupertino.

It’s no secret Munster is desperate to get his paws on an updated Apple TV, and at this point it seems he’ll even settle for a refreshed set-top box (rather than the all-out “iTV” behemoth he’s championed in the past). In a recent research note (via AppleInsider) the analyst drew attention to the Apple TV’s comparable failings on two separate fronts: content and games.

Roku, Munster noted, enjoys the most content partners with a total of 1,300, and the brand new fireTV comes in second-place with 41. The Apple TV, despite first launching in 2007, falls in third-place with 31 content partners. Apple has been attempting to improve on this through rolling out additional Apple TV channels in recent months, but according to the analyst, more work needs to be done.

Munster also drew attention to the fireTV’s ability to play games. As we explained yesterday, the set-top box is compatible with an Amazon-made gamepad and the gaming experience offered is said to match the quality of high-end Android apps. Munster notes that 133 games are supported by the fireTV, that 77 are available on Roku, but that zero of course feature on the Apple TV. We’re expecting Cupertino to bring gaming to the platform with its next-generation set-top box, and according to Munster, this is a real necessity.

Yet despite warnings from other sources, the analyst is still holding out for an iTV or “Apple HDTV” to launch in the near future, though as AppleInsider highlights, he did admit: “each month that passes without credible feedback from the supply chain reduces our confidence.”

In our opinion, it’s still premature to rule a TV out this year, as we still have until this summer to start to hear more feedback from component suppliers to make a stronger call on the exact timing of the TV.

As we’ve said before, the Apple TV is one of six Apple products desperately in need of an update, yet whether we’ll see a “new product category” emerge with a so-called iTV remains to be seen. Either way, Munster’s research note spells out what we already knew: that at the very least, Cupertino needs to update its set-top box in order to bring the product in line with – and ideally ahead of – its growing list of competitors.

See also: Blizzard’s Hearthstone: Heroes Of Warcraft Starts Rolling Out On The iPad, Do You Have What It Takes To Be A Lightspeed Hero?, and Map Your Mind’s Ideas Using PerfectMind. 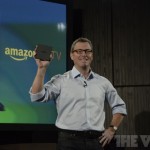 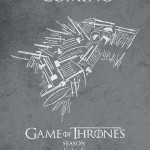 HBO Readies A ‘Game Of Thrones’ Marathon Ahead Of Sunday's Season Premiere
Nothing found :(
Try something else