Set yourself free from the native camera's limitations

The native camera on the iPhone is pretty decent, but not exactly feature-rich. The iPod Touch 4’s camera leaves even more to be desired. Here is a collection of apps to replace your native camera with something better. Some of them also have some nice editing features, but this AppGuide is really all about taking higher quality and more interesting photographs.

King Camera is a rare app that actually lives up to its name! It stands out from the crowd because it has all of the camera functions you'd expect, such as big button, timer, burst, time-lapse, sound trigger, and many more. Plus it adds video camera features, which most apps in this genre don't have: video flashlight, white balance, exposure lock, and more. And it has a full editing suite, with crop, rotation, saturation, exposure, highlights, just to name a few. But wait, there's more: lots of fun things you add like borders, vignettes, textures, filters, and effects, all of which and be mixed and matched and saved for future photos. I can't even almost list all of its features here, but suffice it to say, there is a just ton packed into this powerhouse app. 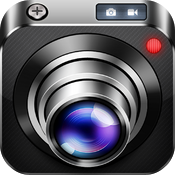 This is another excellent, feature-rich camera replacement app that shares many features with other essential apps. All the photography and basic editing features you'd expect are there. It doesn't have nearly as many filters/effects as King Camera and some of the others; that isn't this app's focus. However, Top Camera has two remarkable features that the others do not: excellent HDR (far superior to what's in the native camera) and Slow Shutter mode. Both of these features are comparable to what you'd find in the stand-alone apps. 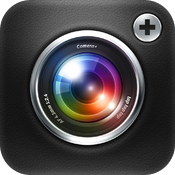 This extremely popular app is another great take on what the native camera should be. Adjust focus and exposure separately. Turn your flash into a continuous fill light. You get 5x zoom, alignment grid, stabilizer, timer, and more. For use after the fact, this app has scene modes like a digital camera (such as Sunset, Beach, Portrait, etc.) in addition to lots of other editing and effect features. You really can't go wrong with this one. I have nothing bad to say about this app, it's not a fluke that Camera+ has topped the iTunes charts for so long. I just think that some of the newer contenders have come out with an even better product. 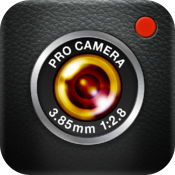 ProCamera is quick and easy to use, with separate focus/exposure and white balance adjustment, a full-screen shutter, anti-shake stabilizer, 5x digital zoom, alignment grids, self-timer, detailed EXIF data, and more. It does also have editing and effects to add after the fact. Oddly enough, my favorite thing about this app isn't its camera-replacement feature set. Have you ever noticed that iPhone photos taken indoors often have a yellow tinge? I have found the yellow correction filter in this app to be even better than some dedicated editing and filter apps. 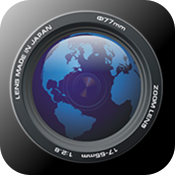 If fast is what you want, check out QuickPix for quick startup. In addition to being faster than the native camera, this app also allows you to shoot simultaneous video and still photos so you don't have to choose. Set the app up take a picture immediately upon opening if you like. Shoot burst photos as well. This app has a nice balance of speed, simplicity, and nice features for people that are not looking for the more feature-heavy apps found in the essential category. Another cool thing about this app is that it is universal, so iPad users can enjoy it as well.

They weren't kidding with the name -- this is simply the fastest camera I have come across. Open the app and your first photo is taken immediately. Take another right away with no noticeable lag. Burst shot button allows you to take 3, 5, or 10 shots in a burst. Using flash will slow it down, of course, but for situations where you need speed (and not flash), you can't beat Fastest Camera.

This is one of the best free camera replacement apps out there. It's from the same developers as the popular Gorillacam, and seems to be its replacement (although Gorillacam is still available, it hasn't been updated in a while). This app offers such features as self-timer, burst shot, press anywhere shutter, geotagging, anti-shake, tap to focus, and more. The time lapse photography feature allows you to create a stop motion film. Share directly to Twitter, Facebook, Flickr, YouTube, or email. For free, it's a great bargain. 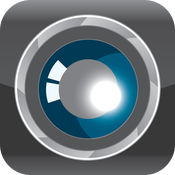 This is definitely a niche app. It really has only one feature that’s missing from the native camera, but it’s a big one - more megapixels! You can actually double your photos’ resolution with ClearCam. The app actually takes a rapid series of pictures and combines the information to create one higher quality, clearer, sharper photo. It’s great for low light situations and fast-moving subjects.

Get great features such as anti-shake shooting, a custom self-timer with adjustable burst shooting (you set both the number of shots and the time lapse between them), alignment grid and a “press anywhere” shutter button. Pre-iPhone 4 users will appreciate the 4X digital zoom. This is a helpful and feature-packed iphoneography app for the bargain price of free. Still, you're better off getting Joby's newer free app, Frame X Frame.

All in One Camera

by Code Monkeys at Work 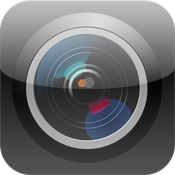 All in One Camera; 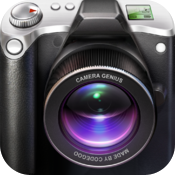 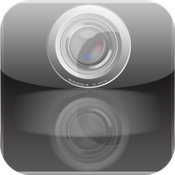