Get Graphing On The iPad

By now, everyone knows how much fun an iPad can be; sometimes, however, they can fill a practical need as well. Graphing Calculator apps can simultaneously show off the power and beauty of your iPad, while making your studying or homework a little easier. There are numerous companies out there trying to come up with an app to replace your TI-eighty-something, read on to find out which Graphing App is right for you.

Graphing Calculator HD is a rewritten version of one of the most downloaded calculator apps for the iPhone and iPod Touch. The grapher itself is sharp and the user-interface is easy to learn and use (however you are limited to only comparing four graphs at a time). The ability to bring up a table to compare values is helpful, as is the trace features that allow you to jump to roots of the equation(s), intersections or minima and maxima. The option to export your graphs as e-mails or into Photos is also handy and easy-to-use, as is the built-in scientific calculator. While this app isn’t nearly as rigorous as many of the other graphing apps, it is also significantly less convoluted and well worth two dollars.

Math Graphing XL is one of the most vivid graphing apps available for iPad. It does a terrific job of reinforcing the relationship between algebraic and graphical representations of a function; holding your finger on any point of the graph gives you the coordinates of the point and the derivative of the function at that point; coefficients controlling periods, phases and other manipulable terms are controlled by sliders, allowing you to watch the graph change as you slide the values higher or lower; solver allows you to input a value for the dependent or independent variable and immediately gives you the corresponding value, as well as places a dot on the graph at that point. There is a slight learning curve getting used to inputting expressions in the manner the app requires, however a tutorial is included and easily accessible while you are working in other parts of the app. 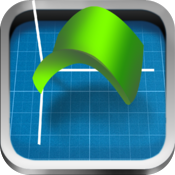 Quick Graph is a fairly bare-bones app--which is what you should probably expect from a free app. However, it has one of the better interfaces to input, monitor and remember equations. You can graph up to six equations at a time--each color-coded to be easily distinguished. If you’re looking to reinforce the relationship between the algebraic and graphical representations of an equation, and you’re not looking to spend a lot--this app may be for you.

A sophisticated mathematics program, PocketCAS Pro has too many features and too high of a price for the person looking only for a program to graph equations. If you are looking for a program to help solve intricate math problems, including calculating limits, derivatives, integrals, and differential equations, probability distributions, Cartesian and Polar graphing, amongst numerous others, this program is worth considering. While there is a slight learning curve to get used to the user-interface, built-in tutorials and a website forum are both extremely helpful.

MathGraphics is a simple graphing app that graphs most Math equations, with tables. Although the app works as advertised, I did find the interface to be clunky at times. That being said, it is worth a look if you need basic graphing functionality.

SpaceTime for iPad is the latest version of the popular desktop and iPhone CAS. The program itself is beautiful and the features are seemingly endless, however the price and user-interface make it something to hold off on, unless you are looking to do some heavy-duty mathematical calculations. 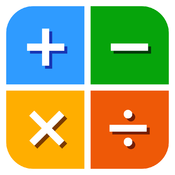 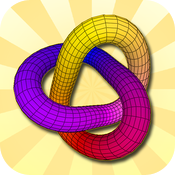 by The Bear Flag Republic 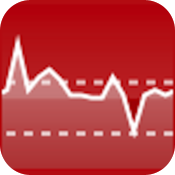