When the iPad App Store launched late in March 2010, users were welcomed to around 1,000 apps. By the end of April, that number compounded to over 5,000 apps. Just like the iPhone launch, games were a huge part of the iPad’s launch. We take a trip back to 2010 and see which ones have actually improved and become App Store classics in this AppGuide. 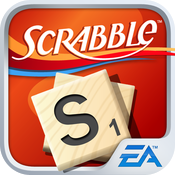 Scrabble became the gold standard of excellence when it launched. The Scrabble app includes a free counterpart iPhone app that allows you to use your iPhone or iPod touch as a tile rack. The developers have continued to improve the reliability and usability of the app over the past year, but have provided no new real functionality. The app is an essential one because of its high polish and doing it right the first time around.

Plants vs. Zombies HD became an instant classic on the iPad from the moment it came out. A game that was once limited to a tiny 3.5” screen got unleashed with this iPad version of the app. New iPad users instantly gravitate towards this app and get lost in it for hours on end. Plants vs. Zombies HD is an App Store classic that should be on every iPad.

Touch Hockey Extreme: FS5 was on our list of must-install apps when the iPad came out. It remains just as needed today. No other air hockey app has come out that even competes with it. No other app has the realistic gameplay, wide variety of themes, and simple elegance that this app has. Turning your iPad into an air hockey table is great fun and this version is an App Store classic. 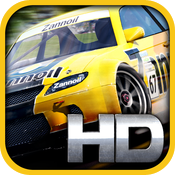 Flight Control HD comes to us from the same developers as Real Racing HD. Firemint has done it again with this classic iPad game. You control the flight patterns of planes flying into your airport. The game is both challenging and fun. Flight Control HD is the classic time management game for the iPad.

Cro-Mag Rally was one of the premier iPhone apps upon launch in 2008. The developers have been continuing to update the game over the years, including an iPad version that was released on launch day. Cro-Mag Rally is an iOS classic and a must-have for any iPad owner.

N.O.V.A. HD has had an interesting history on the iPad. The launch was wildly successful and the game an instant top seller on the App Store. When iOS 4.2 came out the app became a useless and broken app. For around five months the app was an abandoned and worthless app. The developers finally released an update on March 24, 2011 that restored the app into the apps of the living. NOVA HD is an iPad classic that now has a sequel app called NOVA 2 HD.

Flight Simulators For The iPad