Soundboard Apps For Podcasters And DJs

SoundSlate is by far the greatest soundboard app out there for DJs and podcasters. The app has a nice clean interface. SoundSlate also lets you manage multiple shows. The app comes with dozens of free sound samples or you can add your own. There is even a companion app entitled SoundSlater that is used to capture audio recordings with your iPhone. The app will also let you play multiple sounds at the same time. The developers have really thought out this app. Those looking for a soundboard app have no reason to look elsewhere. SoundSlate is the essential soundboard app for the iPad. 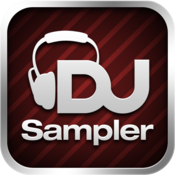 DJ Sampler is an alternative to SoundSlate. The app is not quite as polished, but it will run on the iPhone. The app has a great interface that allows you to use custom sounds in addition to the eight free samples that come with the app. The app makes it easy to adjust the volume or even loop samples. DJ Sampler in our testing simply was not as robust or polished as the essential app. Those that simply do not like SoundSlate should give this one a try.

DJ SoundBox is an app we want to love. The app wins over DJ Sampler in almost every way. The app has a better interface, more robust feature set, more included samples, and much more. The reason it fails to win over DJ Sampler is stability. The app in its current form is not a dependable app that you can trust to work when you need it. This is crucial for an app that plays a vital role in a radio or podcast show. The app is one to keep your eyes on. We would recommend being at the very least careful with depending on it.

Soundboard offers 63 samples that can be easily identified by a nice looking icon. The app is not in the same league as the top three apps. Soundboard provides no way to include your own sounds, which is essential for most podcasters or DJs. The app does include some very nice sounds. Soundboard is a great app for those that need a nice library of samples that can be played back easily. Those that need custom sounds will want to stick with one of the first three apps.

DN Soundboard is a nice free option. The app will run on both the iPad and the iPhone. The app is ad supported, but that was not a big problem in our testing. The included samples provide something unique that make it a good app. The interface is okay, but not great. DN Soundboard does not let you add any custom sounds, but it is a nice option for those looking for a preloaded app.

Da Soundboard is another app loaded with some interesting samples. The app doesn’t let you add any custom sounds. The app includes several playback options including delayed playback. The app is a nice option for those looking for a preloaded soundboard app.

Big Button Soundboard HD is an app that has good intentions, but fails to deliver. The samples included are not as unique and useful as the ones found in many of the other preloaded apps. The app has potential, but right now is one to avoid. 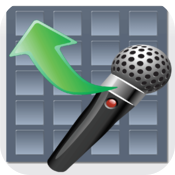 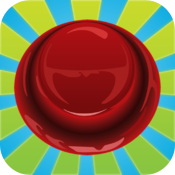 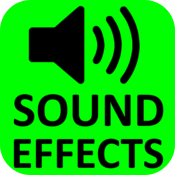