Fight Your Way To Victory With These Great Fighters

Some people like the vicarious thrill of the fight. Whether it's in a simulation of real fighting technique, or a fantastical display of flashy special moves, fighting games are a popular genre. This AppGuide will narrow down some of the best of them. Please note that different people may have different definitions about what constitutes a "fighting game." For the purposes of this article, a fighting game is one where a player engages a single opponent in close combat. This AppGuide has been updated to reflect some significant additions and changes since the last update. It will not include side-scrolling action games that involve combat on a mass scale.

Infinity Blade II is about as close to a masterpiece as an iOS game can get. From the superior graphics, to the rich soundtrack, to the deep gameplay and engaging storyline, there is a reason for this game's immense hype and success. The sequel has improved over the excellent original in many ways, with new styles of combat and even better character customization options. Infinity Blade II was already the top ranked game on this list, but since the last publication, it has added social features in the form of ClashMob, a mode that allows you to join in large-scale challenges to earn rewards. In other words, the best fighting game around has gotten even better. 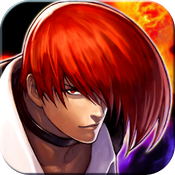 The original King of Fighters-i was initially one of the Essential games on this list. It is now replaced by its 2012 sequel. The latest version plays very similar to the previous version, but it adds more characters, bringing the total roster up to 32 (with two more purchasable characters). It also adds some nice touches, such as semi-animated movie endings for each team. There is a rich single player mode with six different game modes, as well as online multiplayer through Wi-Fi. I didn't have a great time with the online multiplayer though: I lost once because of lag and again when my Wi-Fi was disconnected. The single player game is good enough to stand on its own, however. It kept me occupied for days. I wish they'd release an iPad version of this app, but this is still one of my favorite fighting games for iOS.

You cannot have a fighting game list without mentioning Street Fighter. Street Fighter IV Volt is the best iPhone Street Fighter and one of the best iOS games, period. It shrinks down the excitement of the console version, while maintaining its high standards of fighting game excellence. The controls are surprisingly good for the touch screen. The game also features an online multiplayer mode, although you may experience a fair amount of delay while playing it. Despite that, this is an essential app, both for the name and for the game.

In the previous version of this article, I said that SoulCalibur would easily qualify as an essential app if not for its complete lack of multiplayer and its exorbitant cost. The game is still expensive and it still lacks an online multiplayer mode. However, it did add a local multiplayer mode through Bluetooth. This tells me that at least Namco is trying. For that, it gets bumped up to Essential apps. The game is a faithful port of the Dreamcast version, which means it looks amazing. The gameplay is great, even with a touch screen. It would be even better with iCade compatibility. Even as is, the game is one of the best and will delight its fans for many hours. 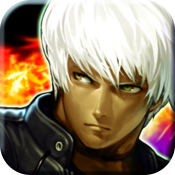 The King of Fighters-i- is not the king of iOS fighting games, but it's really good. The game has been adapted to the iPhone well; it provides an excellent casual fighting experience, but also has enough depth and technique to please the hardcore gamer. The King of Fighters franchise is well respected, and you'll find many of your favorite characters in the classic KOF three-on-three tournament format. 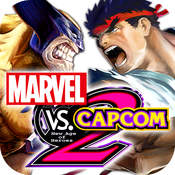 Marvel vs. Capcom 2 is considered by some to be one of the best fighting games ever. The game is not bad. It's actually good, but it's not great, which is what the original version was. The swipe controls don't feel entirely natural. It feels as if the controls were forced onto iOS, rather than crafted for a good fit. The graphics look antiquated and the gameplay doesn't flow as smoothly as it could or should. However, the game does boast a huge 56 character roster and is packed with goodies for both Marvel and Capcom fans. It's also a universal app. Despite its flaws, the game is a solid buy for fighting game enthusiasts. It just could have been so much more.

Video games based on popular comic book franchises sometimes have the reputation for mediocrity. Batman: Arkham Asylum and its sequel, Batman: Arkham City did much to change that perception. This iOS Arkham City prequel is a different type of game, but maintains similar high standards. It looks and plays a bit like Infinity Blade II, but distinguishes itself with its plethora of beloved bat gadgets and baddies. Since I last wrote about it, the game has added some beloved new characters, such as Poison Ivy, Harley Quinn, and Robin. Fans of Batman and fans of fighting games should pick up this app.

The sequel rules this guide, but the original Infinity Blade is a pretty darn great game in its own right. Though dated, it's still better than most available fighting games. If you have the money to spend, I'd recommend starting with this game before moving on to the superlative sequel.

In terms of boxing games, Fight Night Champion is the one to get. "Mike Tyson versus Muhammad Ali," is all that really needs to be said, although you can also play as other notable pugilists, such as Manny Pacquiao. Alas, there is no Floyd Mayweather in the game, so you won't be able to recreate the dream matchup that may never happen. Please note that this game requires a decent amount of technique. If you simply mash buttons, you will lose.

Fans of mindless wrestling action should check out TNA Wrestling iMPACT. The game requires less strategy and more button mashing. It also isn't very deep. It is fun though, especially seeing all the wrestlers' signature finishers. I also enjoyed creating unique custom characters and taking them through career mode. I would recommend this game over the recently released WrestleFest.

"Finish him!" Those are memorable words for any Mortal Kombat fan. This is a decent port of the arcade classic, in terms of gameplay. However, it lacks some of the most defining qualities of the original, namely the violence and gore. Mortal Kombat fans should particularly note that the gruesome fatalities have been replaced by a screen blackout. This will be an instant deal breaker for MK purists. 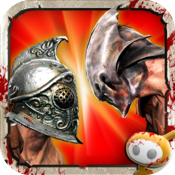 Think Infinity Blade with less depth and more gore. This is a good app, with good graphics and good gameplay. It's just not as good as the first Infinity Blade, let alone Infinity Blade II. But if you want more of the same sword-slashing action, Blood and Glory is worth checking out.

Before Soul Calibur, Blades of Fury was your best bet for 3D arcade fighting action on your iDevice. Now that the real deal is available, this is just another game. It's not great, but it's not terrible either. Those who can't get enough of Soul Calibur might want to take a look. 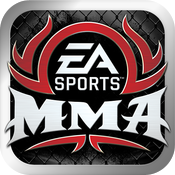 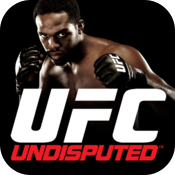 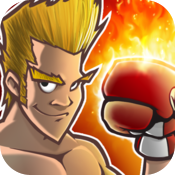 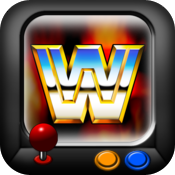 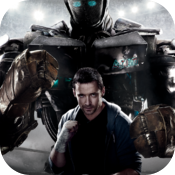 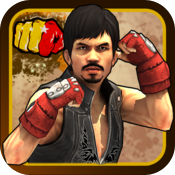 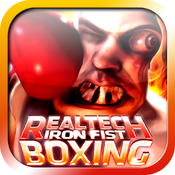 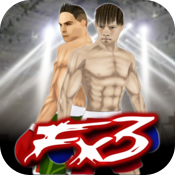