Path Drawing games are basically strategy, but Flight Control introduced iPhone users to a whole new genre as popularity soon ensued. The iPhone is the perfect platform to draw the paths of various items with planes, boats, soldiers, and globs. Find out the best.

The best path drawing game in the App Store. A brand new idea, executed wonderfully. Rather than directing vehicle traffic you guide soldiers across battlefields instead. Six different maps are included with each having a unique challenge. Three things set this game apart. The first is the ability to pause a solider on the battlefield making it a whole new stealth experience rather than the hecticness of the rest. The next great feature is having two gameplay modes. You can play life mode which is more for casual players, and fits more with the stealth experience. Also included is time mode which gives you the hecticness of all the rest as you only have a certain amount of time for soldiers to make it across which doesn't allow time to use the pause which some path drawing experts don't like. The third aspect is that your allowed to make a mistake. There's nothing worse than making it to the fun intense action, when you mistakenly let two vehicles crash, and you have to play the boring beginning over and over. In life mode you have lives to let you make a mistake, and keep going in the intense action. In time mode if you get killed the next solider has to make it in time. OpenFeint too. The best path drawing game you can get.

Harbor Master is the best vehicle guiding path drawing game. Imangi Studios took the greatness of Flight Control, added boats, more fun, and more action. Everything moves quicker requiring you to be on your toes at all times. Five maps are included with more than just a different perspective, but also change the gameplay completely. Amazing path drawing that is just below 33rd Division. 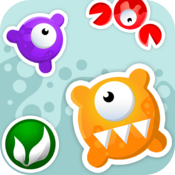 Aqua Globs is a unique path drawing game where you combine items rather than avoid. Combine like globs multiple times for them to disappear. Also special globs are included to change the gameplay from ones that combine with any type glob for bonus points to ones that subtract points, and even special globs you can't control. Six different areas are included which change up the gameplay as well. A really nice feature is having three lives to allow for a couple mistakes, and still to play with tons of globs on screen. Great path drawing that is a unique idea to still be essential. OpenFeint high scores and achievements are included too. If you like the idea of combining rather than avoiding, this is a must buy, and just below the amazing 33rd Division and Harbor Master.

geoSpark is really a unique idea, but it needed a place somewhere, and it's closest to path drawing. You combine like sparks trying to make as long of chains as you're willing to risk. The longer the chaining, the stronger the gravitational pull of the other sparks. If two spark collide it's game over. You drag the sparks all over the screen, but the paths don't show up like in the other games. This may be the most addicting game in the App Store. geoSpark 1.1 update makes the game even better than on first look so you never even have a clue of what's coming next. Stiff competition in this category, but an extremely great game, and may be the most addicting in the App Store.

A relatively new path drawing game that allows you to play harbor master and flight control at the same time as well as guiding subs. A wonderfully unique experience where you guide vehicle traffic on up to three layers at the same time. The game is also rendered in 3D, and includes Plus+. The lighthouse level is the toughest path drawing experience ever as you play for the most part in the dark. It just never seems as fun loving as Harbor Master, but still a great choice.

The original path drawing game that started a sensation, and even created it's own genre. A great path drawing game style where you guide planes to landing strips. Just over the months others have taken the idea, and made it better. Flight Control has just been passed by other path drawing games, but still is excellent.

Monkeys in Space: Escape to Banana Base Alpha

A highly polished path drawing game where you guide different colored monkeys floating in space to the appropriate colored space station. As you draw a path from monkey to station it's a straight line like a tractor beam pulling them in. The straight line mechanic makes it much tougher for quick avoidance, and requires more attention. Also the game is on a larger scale providing more to do. Another great feature is the chain mechanic which allows you to connect same colored monkeys in as long of a chain as you can to increase points. The chain of monkeys takes up more space, and it's harder to manage so it's a risk/reward type of strategy. Four maps are included as well as OpenFeint for online high scores and achievements. A superb path drawing game that sits just behind the stiff competition by missing a few features that make those game stand out.

The Battle of Pirate Bay

by The Muteki Corporation
$0.99 More info

Combines real time tower defense, and line drawing. Direct your boats to blast away incoming pirate ships. Three deluxe maps, and a whole new game mechanic that makes it very notable. It's just behind the top notch games in this category.

Fare City is a taxi guiding path drawing game. A wonderfully designed game with a black undertone, and neon taxis and paths. The game difficulty is extreme as the number of taxis, and customers picks up. A recent update added a new map making two, and OpenFeint. Another great path drawing game that may be added to your collection if you like the idea of taxi controlling. It's just not as deluxe as the games listed above.

Really well made path drawing game that requires you to herd sheep. A unique idea, and multiple gameplay modes. Just short of the notable category because it's a little more basic than the top notch games.

A wonderful unique idea of guiding lion hunting that is executed well. It's definitely fun to play, but is a little more frustrating compared to the smooth controls of other line drawing games. Too easy too with level based rather than any hectic multiple directing the genre is known for. Good, but not as good as the titles listed ahead of it. 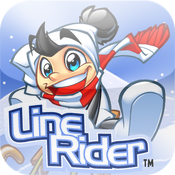 The flash game of drawing slopes for a sledder was ported to the iPhone. Drawing the slopes with your finger rather than your mouse is really the only difference from the flash game. If you like the flash game it's done well on the iPhone. Nothing special for the iPhone, and there are great path drawing games to buy above this one.

Boom Brigade is a combination of Castle Defense, Tower Defense, and path drawing. Path drawing is what it fits most with, and a unique game in the category. You draw the paths of your soldiers to protect your base from aliens. Multiple soldiers are included, with increasing difficulty quickly. If a mash up of castle defense and path drawing sounds intriguing, this is definitely a great game to have. Less included, and a sharp increase in difficulty leaves it rated a little lower. 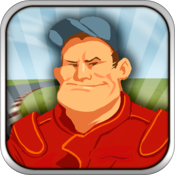 Draw your path around the track. A neat idea, executed well. First few races seem to easy, later on it seems too hard. Also there is no multiplayer which could make it notable. Good, but not great.

Like line rider, but you draw race tracks. You can race on your own tracks, or race on pre-made tracks. Either way it's not nearly as fun as it sounds with noting in terms or replayability. Never as fun as line rider itself as the track you draw is huge, and controlling the sledder is challenging.

Much to easy for the category. The planes never leave the ground either making it relatively slow moving, and cramped. 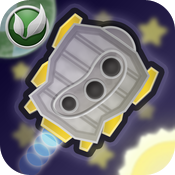