Platfomers come in two main types on the iPhone. This category is for the main idea when you think of platformer. Jumping on platforms, and advancing through levels with open style kind of action. Think Mario, just made for the iPhone with many unique and great interpretations. Find out the best.

ROLANDO 2: Quest for the Golden Orchid

Rolando 2 is without a doubt the best platformer for the iPhone. It has absolutely everything. There's iPhone unique controls, an actual detailed storyline with great comedy, and wonderful platforming fun controlling multiple rolandos. Every level is uniquely designed, and challenging with three objectives per level with the goal to achieve all three at one time. There's no better challenge that that on the iPhone to complete the level in time, collect all the diamond, and save all of the Rolandos. The game could be seen as easy if you just try to complete them on a basic level, but it's not nearly as an enjoyable experience or feel as rewarding to see very level perfect. On top of the amazing gameplay there are beautiful 2.5D visuals, soundtrack, and the inclusion of Plus+. Thee iPhone Platformer.

Soosiz is a top notch platformer that just comes up short to the stalwart Rolando 2. In Soosiz you control the little ball with feet, and you have to make it through each treacherous level collecting your little friends. What makes the game stand out is the super mario galaxy type idea of shifting the perspective when you reach a new platform, but it's unique in that the perspective doesn't change until Soosiz's feet land on the new platform. The game design is beautifully done in 2D, and has hours of gameplay. If Rolando 2 isn't enough platforming fun for you, pick up Soosiz.

Spy Bot Chronicles is the best traditional platforming experience on the iPhone. You don't use any special tilting of the idevice or gravity rotation. Just simple straightforward jumping on platforms, and shooting enemies out of your way using virtual buttons. A challenging enjoyable experience that provides as much play time as IUGO's other platformer, the exceptional toy bot diaries. If you want traditional platforming, and not rolling mechanic or gravity shifts, this is your best choice. 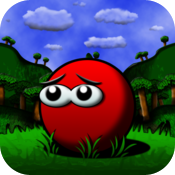 Bounce On is a great platformer that keeps getting improved through updates. Now five deluxe worlds are included as well as Plus+. In Bounce On you control a bouncy red ball trying to make its way back home after falling out of a kid's pocket. Tilt to move the ball, but then everything else is traditional platformer with bouncing on enemies, and jumping across platforms. Another great platformer that keeps getting better. The controls are a little frustrating, and really it's tough to compete with Rolando and Soosiz.

Toy Bot is one of the first major platformers for the iPhone that came out in a trilogy. The entire compilation is one of the best platformers on the iPhone that uses tilting to move toy bot as well as tapping to activate magnetic boots, and grappler hook. Great design and charm packed into every aspect of the game with a nice story as well as many collectibles. As a compilation a really great game, and sits just behind the few games ranked ahead of it.

Blimp is a wonderful platformer that changes the traditional idea by including a blimp. You have to hover, and float between platforms collecting passengers, picking up packages, and dropping bombs in four different beautiful environments. Multiple difficult opponents, as well as strict time limits, and point bonuses for blimp health. A recent update even added OpenFeint high scores. Great the entire way through which sadly comes pretty quick with only 20 levels, and that's the only thing that keeps it from being ranked higher.

True platforming adventure with virtual buttons for moving, and jumping. A bunch of magical abilities are included, as well as a lot of levels. The only problem is that it's too easy, and there's really tough competition in the platformer category. 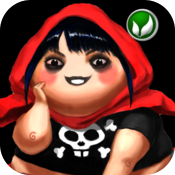 Great art style and story. A recent update fixed the one touch die gameplay mechanic as well as added a save system. Plushed is great traditional platformer, but sits behind extremely stiff competition.

The classic game is brought to the iPhone by gameloft. Subpar controls, and not nearly deep or engaging enough to compete with the other games listed ahead of it.

by Divide by Zero Games