The best role-playing games in the App Store!

Many people love RPG games, but they tend to have such a high price tag that you want to find one with maximum replayability. We at AppAdvice don't think you should settle for second best. So, we did some digging for you and are happy to post our results. Although some of these apps do carry a heavy price point, they do not disappoint. This AppGuide will show you the best apps to get your daily dose of RPG awesomeness.

As far as graphics go on the iPhone, this is the top of the line. Infinity Blade II runs on the same engines as some games you will play on your powerful water-cooled computer. This RPG game might not give you the same freedom as most, but for just the pure graphic content, this game is one of the best in its class and is still an enjoyable title.

Swordigo is a really fun, simple and relatively easy to play RPG for the iPhone. The story isn’t so long, but while it lasts, it's pretty good. The game has nice rendered graphics and smooth gameplay on all iOS5+ devices. For those looking for an easy going RPG, Swordigo is an awesome choice to make. 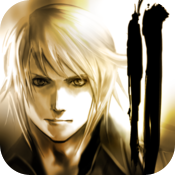 You may see the price for Chaos Rings II and think “no way,” but hear me out! Chaos Rings II has some of the best graphical content I have ever seen on my iPhone 4S. With an amazing and engaging story line, and equally awesome character representation, Chaos Rings II is easily up there with the best RPG games for iOS. The only thing is I cant seem to grasp is why Square Enix only charge $2 less for the iPhone version, but, if you are serious about RPG games on iPhone Chaos Rings II is a no brainer. 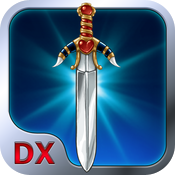 So, not all RPGs should be measured by graphics alone. Some just need to be one thing: fun. Across Age certainly has the fun factor, but uses a less graphical base. But you need not worry, as that wasn't the main objective of the game. Do you remember back in the Game Boy days when you played Zelda for hours on end? Across Age gives me the same feeling. Do be warned, if you have a non-retina device (excluding iPad), download the older version of the app, Across Age, since Across Age DX is retina only.

Gameloft covers a wide selection of of game genres, including RPGs. Their Sacred Odyssey: Rise of Ayden FREE is an open world RPG. As the name suggests, this game is a free download, but it will set you back $7 to unlock the full game. Sacred Odyssey offers really well-rendered details including incredible attention to facial features.

What would an RPG list be without Final Fantasy? Final Fantasy III was only available in Japan up until 2006, when it was released on the DS. Now the former Japan exclusive has found its way to the App Store and is ready to play. Paying over $15 may seem like a lot for a 12-year-old game, but the amount of content in game the easily justifies the price tag. Gameplay is super smooth and makes me nostalgic for early gaming days.

Kingdoms at War is a different style of RPG. It reminds me of Mafia Wars, but it is a little more interactive and you have more freedom with regards to what path you wish to take. KAW is very strategic at times, but sometimes even good strategy falls short and your amazing kingdom domination plan will be foiled. Overall, for a free app, KAW is a decent choice to make if you want a casual RPG fix.

Sid Meiers's Pirates! is a more complex RPG. The graphical rendering of the people and surroundings reminds me of The Sims 2, which is not a bad thing by any means. Gameplay is super smooth. While there are a few bugs, these don't really affect the general feel of the game. The story is long and so it has the replay factor.