You are using an outdated browser. Please upgrade your browser to improve your experience.
yelp!
NEWER POSTS 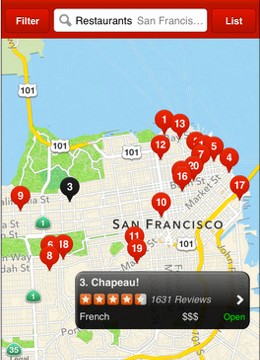 The feature is part of the new Yelp Platform service that is being rolled out across the United States. 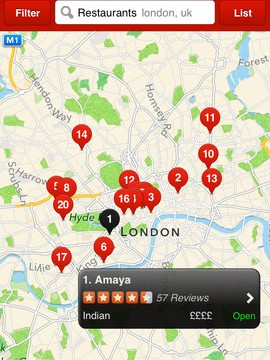 Yelp appears to be taking on Foursquare as it introduces a new local business discovery feature. 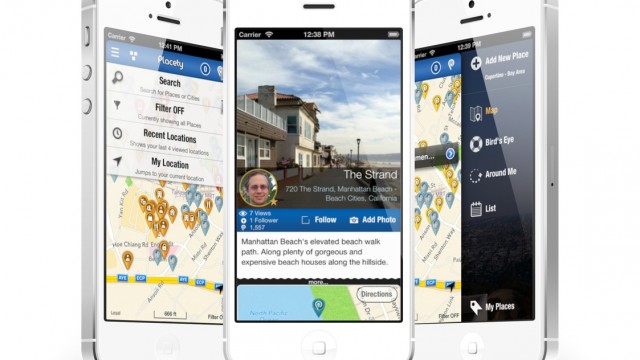 Placety Is A New Place-Based Social Network For iOS

Placety was built to answer the question, “What’s around me?” 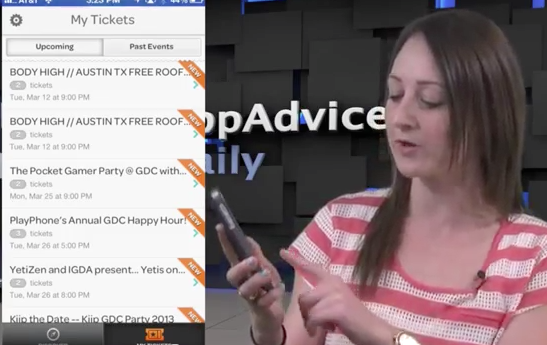 Going Somewhere? Take These Apps With You

Before you go to your next conference, pull out your iDevice and download the apps on today's show. 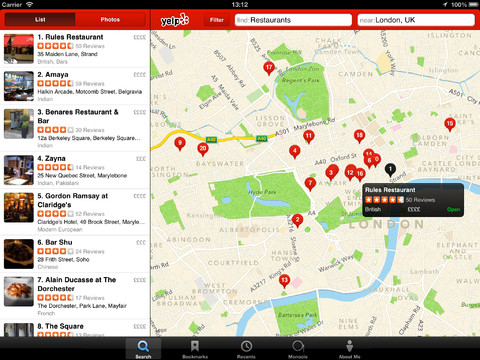 A month after its Super Bowl, I mean, Puppy Bowl update, Yelp has just received another major update. 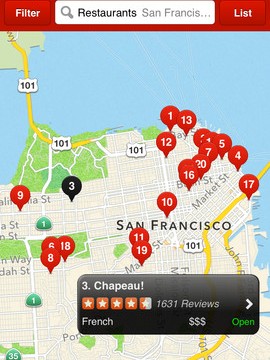 In preparation for the event, Yelp has just been updated with a new filter related to the Super Bowl — if only to a certain extent. 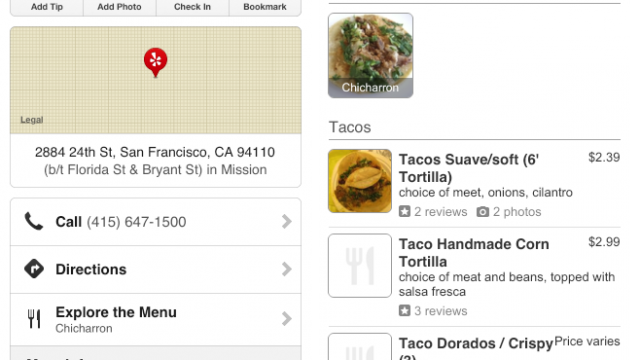 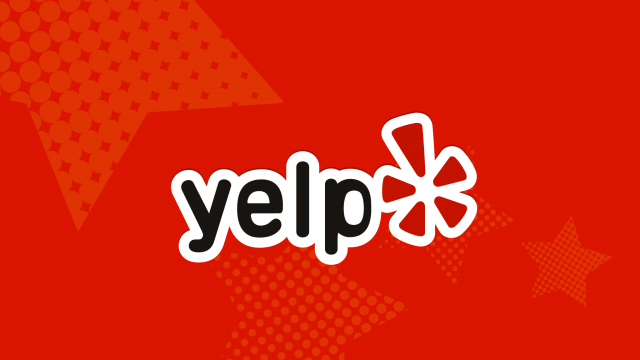 Yelp 6.0 Is Here To Help You Find The Best Places In Town

Yelp, the sole "Essential App" in our Local Advice Apps AppGuide, has been updated to version 6.0. 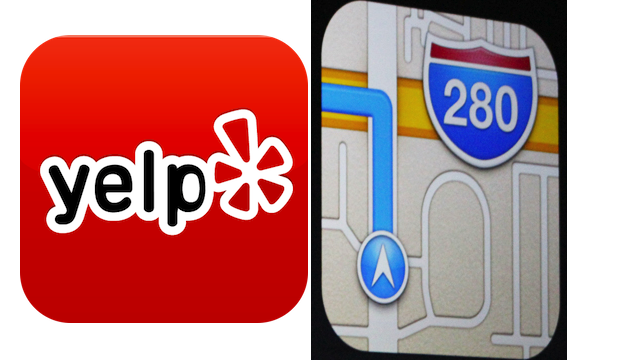 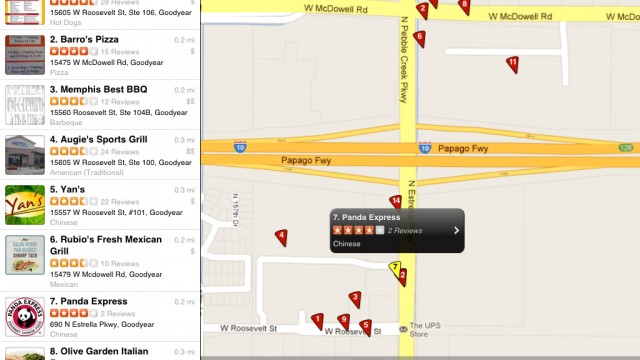 Today's Yelp app update follows the company's trend of hit and miss, adding business photos and limited access to the About Me section. 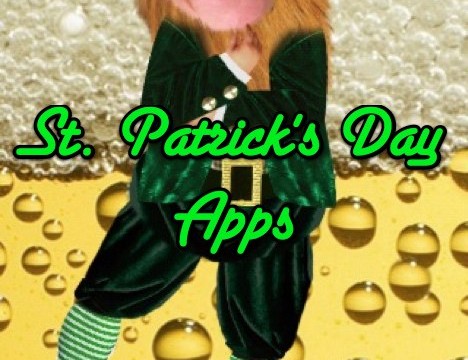 Saint Patrick's Day is right around the corner, so we have all the apps you'll need to bring some Irish Luck to your holiday. From games, to Irish slang dictionaries, to bar finders, to taxi apps - we have you covered. 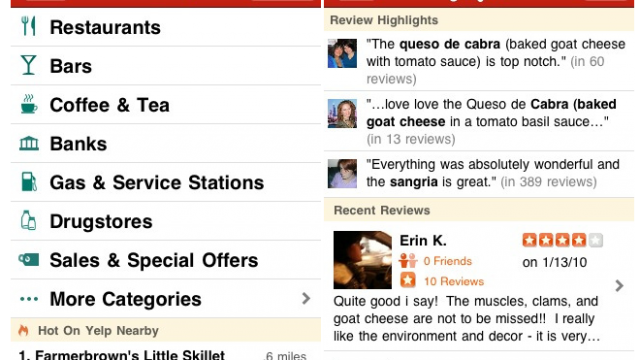 One the more popular apps in the App Store has received an interesting update. The universal Yelp travel app received its 5.3.2 update earlier today.

New in town? Going on a vacation? Whatever the reason is, you need some advice from the locals. There are tons of different apps that help newbies find their way to the local favorites. We compare our favorites in this AppGuide ... 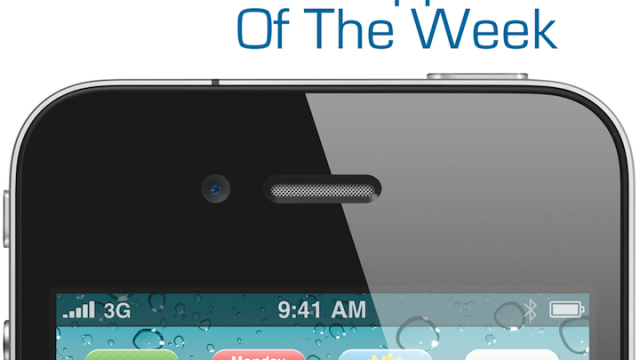 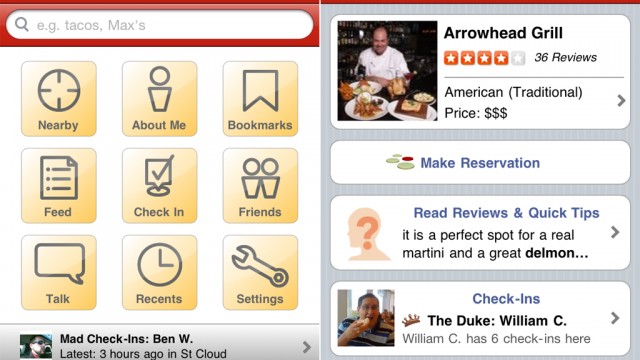 A little earlier today, the Yelp app for iOS moved to v5.1, which now integrates the OpenTable restaurant table reservation process directly into the app.

Google Places lets you review local attractions using the iPhone/iPod touch. But, this is just the latest entry in an already crowded field. 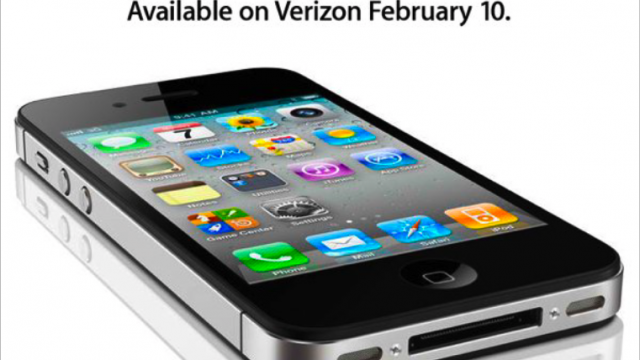 AppAdvice Daily: Verizon iPhone - Everything You Need To Know

The Verizon iPhone has been announced (officially) and will be made available for sale on February 10, 2010. Watch the show to find out all the details. Plus if you feel like celebrating the announcement, I pulled together seven apps that will help you plan an awesome night on the town. 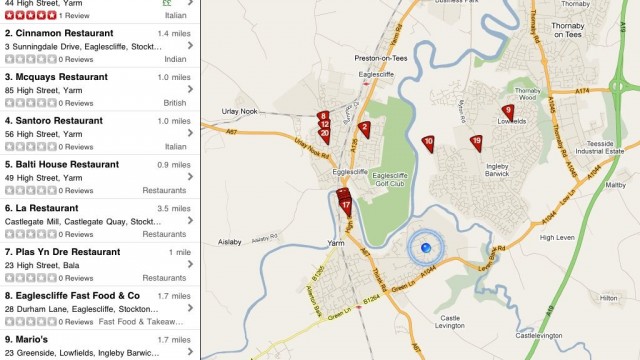 Yelp has recently received a major update, and is now a universal iOS application. This means the app will now run natively on your iPhone, iPad, and iPod touch. Read on to find out more ... 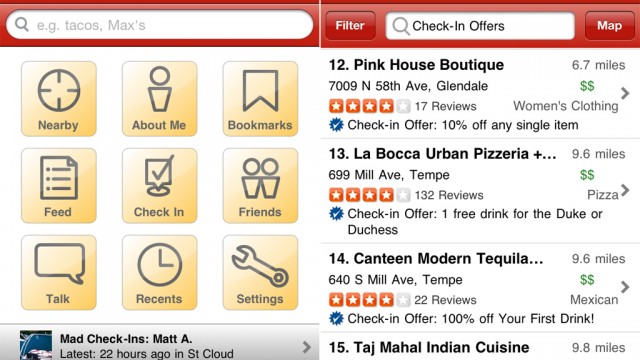 It's tough for anyone to pass up free, am I right? Free drink, free snack, free massage, it doesn't matter how good or bad as long as it's free. Yelp v4.5 allows you to get just that.

An iPad And Keg: Perfect Together

The engineers at Yelp have spent a great deal of time doing something important: integrating the iPad with a beer keg! Read more...

Yelp has been updated with fast app switching and the ability to send business info via SMS.

One of the best review apps has been slightly updated to allow you to make informed decisions on the run. The Yep iPhone app now includes features that make it quicker for you to find a great place to eat and know firsthand where your online friends are located.

Yelp v4.0 Allows You To Be More Social With The Addition Of Check-Ins

January 16 Tyler Tschida
OLDER POSTS
Nothing found :(
Try something else